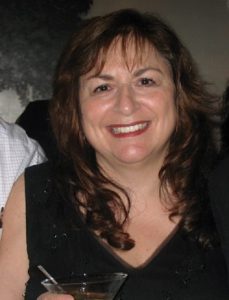 General Hospital spoilers tease there will be a major regime change at the ABC sudser.  General Hospital’s Co-Headwriter Jean Passanante has made a decision regarding her future with General Hospital.  And, we can confirm that she is officially leaving the ABC soap opera.

Passanante posted on her Facebook page early Tuesday morning stating that she has decided to leave General Hospital as Co-Headwriter. She did make it clear that she was not fired but that this was a mutual decision  to retire on her part.

Throughout Passanante’s career, Jean has been head writer, or co-head writer for not only General Hospital but also for the now canceled soap All My Children, One Life to Live, As the World Turns, Young and Restless as well as Another World. She has won numerous Daytime Emmys and WGA Awards for her writing work.

In her Facebook announcement Jean stated: “Friends, soon I’ll have more time for pie-baking because I’ve decided not to renew my contract with GENERAL HOSPITAL. I’ll retire from soap-writing in August. The irony is that Con Ed must replace a gas pipe, and they show no signs of doing that in the foreseeable future. So we have no oven. It’s like the Twilight Zone episode in which all Burgess Meredith wants is to read, and after a nuke drops on his town, he finds himself among the ruins of the library with all the books he can possibly read at his fingertips. And then he breaks his glasses.”

Passanante has reached the point where she has chosen to enjoy retirement as it is well deserved. Her work on many of our favorite daytime soap operas has given so many the passion to tune in everyday and enjoy the fabulous writing and storylines that she thrives on delivering and as she departs from the writing world, we here at Soap Opera Spy wish Jean Passanante nothing but the best as she pushes forward in life.

So far no one from General Hospital has addressed the surprising news regarding Jean’s departure.  It’s unclear if they will bring on a new writer to replace her, or if her partner Shelly Altman will take over full time to make up for her absence.