General Hospital POLL: Do You Want to See Griffin and Ava as a Couple? 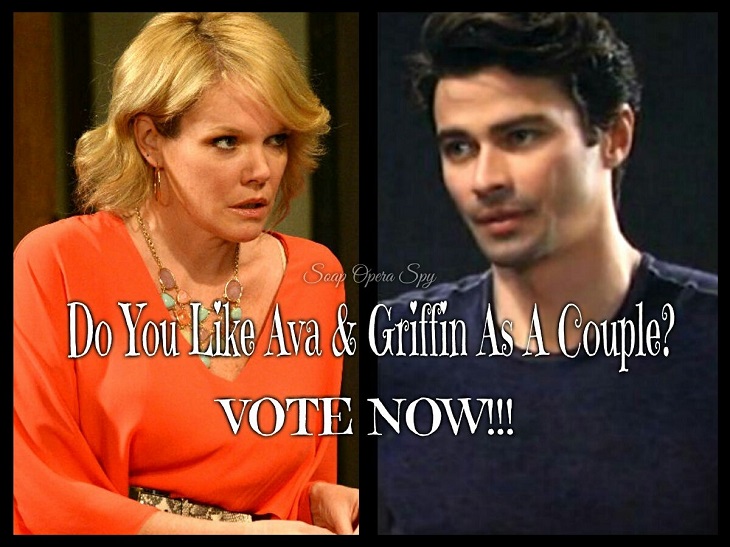 General Hospital (GH) sources suggest Dr. Griffin Munro (Matt Cohen) could finally find a love of his own, but in someone completely unexpected: his burn patient and mob princess, Ava Jerome (Maura West). Do you believe that opposites can attract and these two really stand a chance as a couple?

GH’s Ava Jerome may be fighting for her life right now, after setting fire to her warehouse and burning more than 50% of her body in the process; but that doesn’t stop General Hospital staff, especially Doctor Munro from trying to keep her alive, encouraging her to not give up as she has her daughters to live for. Could Griffin’s concern and sympathy, turn into something more?

Fans of the ABC daytime drama, know Griffin has a kind heart and is like his deceased father, Duke Lavery (Ian Buchanan) in many ways.

He tends to see beyond the misdeeds and gives people the benefit of the doubt and Ava, right now, needs all the people she can get on her side. She is a murderer, a thief and a thug in every sense of the word but Griffin sees her vulnerability and, like his father, becomes protective of the weak.

General Hospital has never really made the age difference between partners an issue as we all know, Ava already dated a much younger man when she had an affair with her daughter, Kiki’s (Hayley Erin) boyfriend, Morgan “Captain” Corinthos (Bryan Craig).

Griffin could be the first man Ava gets involved with that would be good for her. She has been with scoundrels like Scott Baldwin (Kin Shriner) and his son, Franco Baldwin (Roger Howarth) as well as one-night-stands with mobsters like Sonny Corinthos (Maurice Benard). Maybe its time for Ava to find a good, wholesome love, and get away from the lifestyle she was forced to live her whole life.

How do you feel about Griffin and Ava becoming a couple? She has a lot to answer for when it comes to her crimes, but could a new relationship and the acceptance of someone with such goodness make her character a little bit more tolerable and redeemable? Please take our poll and let us know what you think.