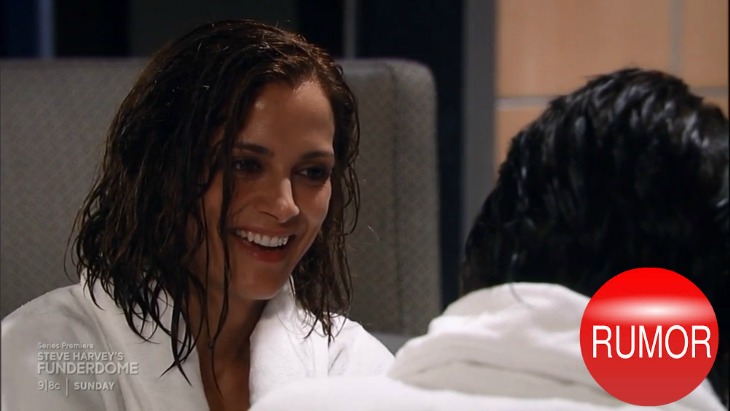 General Hospital (GH) rumors are buzzing that Hayden Barnes (Rebecca Budig) may be on her way out very soon. According to some social media buzz, it is being speculated that Hayden may soon exit Port Charles.

Rebecca Budig first appeared on General Hospital back in 2015 when she showed up at Elizabeth Webber’s (Rebecca Herbst) door to falsely proclaim that she was Jake Doe’s long lost wife, he was later discovered to really be Jason Morgan (Billy Miller).

Hayden was centered around Nikolas Cassadine (Tyler Christopher) and later when the character of Nikolas departed from the show, Hayden began a friendship with Dr. Finn Hamilton (Michael Easton) which later blossomed into a romance.

As of late, Hayden has discovered that she is pregnant and is beginning to panic at the realization as to what it would really mean to her to be a mother since this would be a new venture for her. 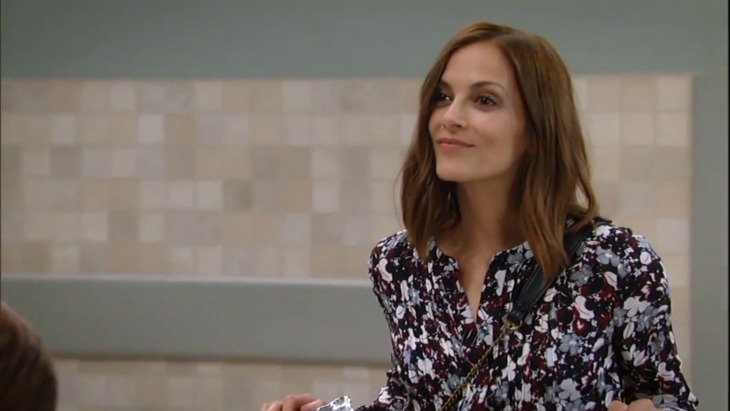 With the speculation of Rebecca Budig to depart from General Hospital, there are so many ways that Hayden could exit the show. Hayden Barnes has been consistently helping Finn with his drug addiction but could the pressure be getting the best of her- will she take herself and her unborn child and run away or perhaps tragedy will strike and Hayden will be killed off? Either is entirely possible!

Interestingly, Daytime Confidential hinted last month that Michael Easton may be leaving GH too.  So, it’s possible the couple could run off in to the sunset together with their unborn baby and live happily ever after.

This would no doubt how devastated Finn, as well as her estranged sister, Elizabeth – who did not start their association on the best of terms but since then have developed a sister connection. Of course, Budig’s spoken of departure has not yet been officially confirmed, there is definitely buzz going on all over social media that Rebecca Budig may be the next one out at General Hospital. Should this be confirmed, we here at Soap Opera Spy will definitely keep you informed! Stay tuned!

General Hospital POLL: Do You Want to See Griffin and Ava as a Couple?