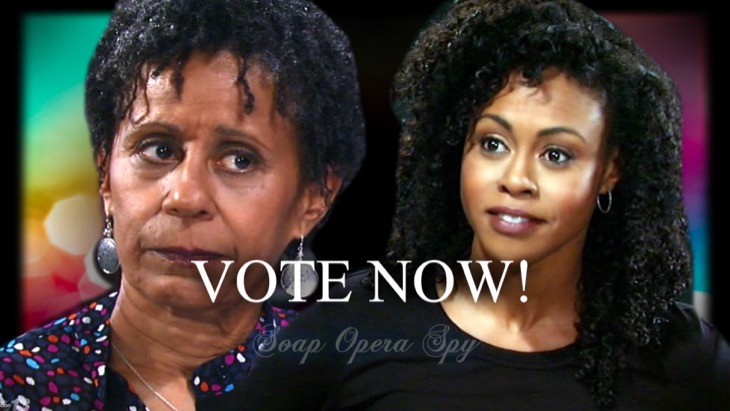 As GH fans might recall Stella arrived in Port Charles earlier this year to surprise her nephew Curtis for his birthday, only to get the shock of her life, when she discovered that Curtis was now dating his deceased brother, Tommy’s widow. Auntie Stella is one that clearly holds a grudge because she blames Tommy’s death on the fact that Jordan cheated on him.

Of course after all this time, all could have been forgiven, if Jordan could have been more upfront and honest about things; but things were about to get a whole lot worse. Remember when Jordan had another skeleton that fell out of the closet as Molly Lansing Davis (Haley Pullos) unwittingly praised Stella for being so calm and great about TJ Ashford (Tequan Richmond) being Shawn Butler’s (Sean Blakemore) son and not Tommy’s? Honestly, who can blame Stella for being furious and rude with Jordan for everything she has done to destroy her family?

General Hospital spoilers tease that maybe Stella is being a bit tough on Jordan, as her misdeeds are clearly in the past. TJ is 21-years-old and in college now. Jordan’s cheating ways seem to be in the past and she is pretty dedicated to her relationship with Curtis. Jordan is trying very hard to be in Aunt Stella’s good graces, but is she maybe pushing it too hard? Jordan and Curtis know that Stella is not in the best of health after suffering a stroke this past summer, maybe they could stop forcing her to accept their relationship; not all relationships need everyone’s approval, right?

Either way, it looks like these two women will continue to butt heads for the foreseeable future. It seems like Jordan was being genuine buying the gift for Stella’s new home and Stella’s reaction was ungrateful and rude, but given their past… Do you agree or disagree with Aunt Stella’s treatment of Jordan? Please vote and let us know what you think!

The Young and the Restless (YR) Spoilers: Mariah Must Tell Sharon the Truth – Scott and Abby To Be Outed