The Young and the Restless (YR) Spoilers: Mariah Must Tell Sharon the Truth – Scott and Abby To Be Outed 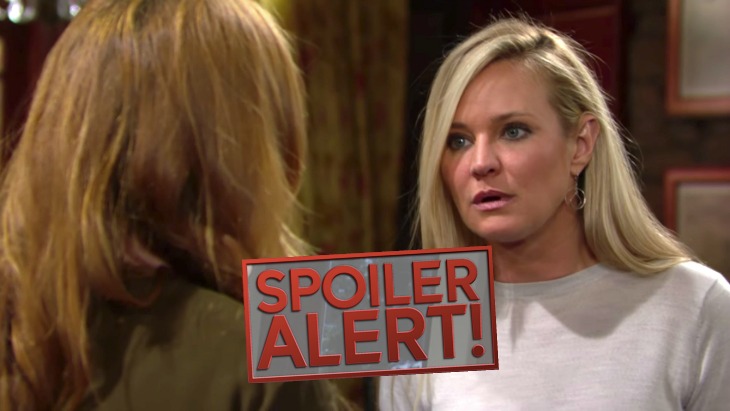 Mariah (Camryn Grimes) means well on ‘The Young and the Restless’. But instead of playing judge, she should tell her mom about Scott (Daniel Hall) and Abby (Melissa Ordway). Sharon (Sharon Case) doesn’t want to be protected, as her oldest daughter knows.

It’s gut instinct for Mariah to want to shield Sharon from trouble. While she’s only gotten to know her biological mother in recent years, Mariah has come to be Sharon’s top defender. That’s why Faith’s (Alyvia Alyn Lind) ‘Scabby’ revelation hit home.

Sharon shared her personal history with Mariah after mother and daughter learned of their existences. Mariah was the key player in helping Sharon through the Christian (Jude and Ozzy McGuigen) isn’t Sully arc, which included Dylan’s (and Steve Burton’s) subsequent departure.

Case’s character has been revitalized by the most recent writing staffs. Fans of the character and the actor who plays her have been thrilled to see a return to realism in this regard.

Regarding the current predicament involving Sharon, it’s likely that Mariah believes her mom has handled more than enough through the years. So, she’s trying to address Scott’s indiscretion with tact. However, Sharon will surely be hurt and disappointed if (when) she learns what’s happened and discovers that Mariah has known for weeks that Scott cheated on her.

Would Y&R craft this storyline and then fail to deliver on the reveal? That’s generally not what a soap does. Drama in daytime wouldn’t be realized if all flowed smoothly in Genoa City.

Savvy fans of the show know that Ordway delivered her second child this month and has left the show on maternity leave. She’s expected to rejoin the cast sometime next year. That’s why it’s plausible to project Abby and Scott parting ways in the very near future.

Expect Sharon to somehow come to know that her significant other has become involved with Abby. Hopefully, Mariah will be the one to tell her mom the truth. How that news impacts ‘Shott’ is debatable.

WATCH The Bold And The Beautiful (BB) Preview Video Thursday, December 21: Liam Tells Bill How Much He Appreciates Him