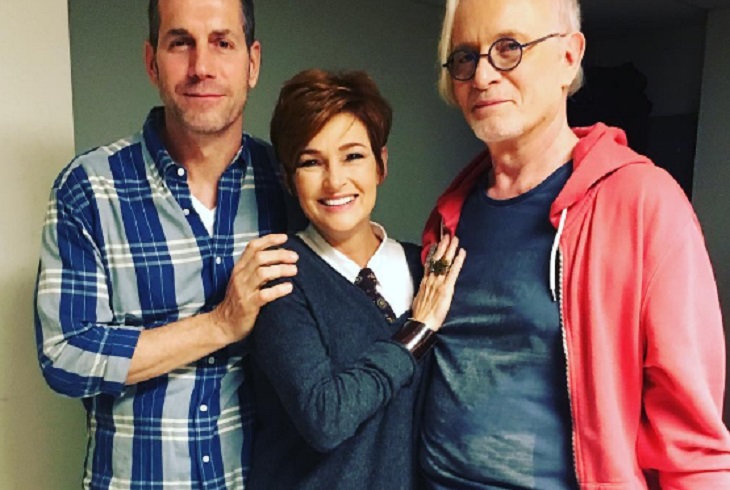 General Hospital rumors have been teasing for weeks now that Tony Geary might reprise his role as Luke Spencer for Jane Elliot’s special exit storyline.  Could they actually be true?

The last we knew, Tony Geary jetted off to Amsterdam to live a quiet and peaceful life after retiring from General Hospital, but he’s back in the states AND hanging out on the set of ABC’s General Hospital.

Carolyn Hennesy posted a photo on Instagram of herself posing with Tony Geary and Frank Valentini, word on the internet is that the photo was snapped during Jane Elliot’s going away party.  So, Geary may have just stopped by to pay his respects to his long time co-star.  Or, maybe he was there actually filming scenes.  We’ll have to wait and see!

The Young and the Restless Spoilers: Gloria Right To Be Suspect of Khloe – Bound To Prove Bella’s Paternity As Well