The Young and the Restless Spoilers: Gloria Right To Be Suspect of Khloe – Bound To Prove Bella’s Paternity As Well 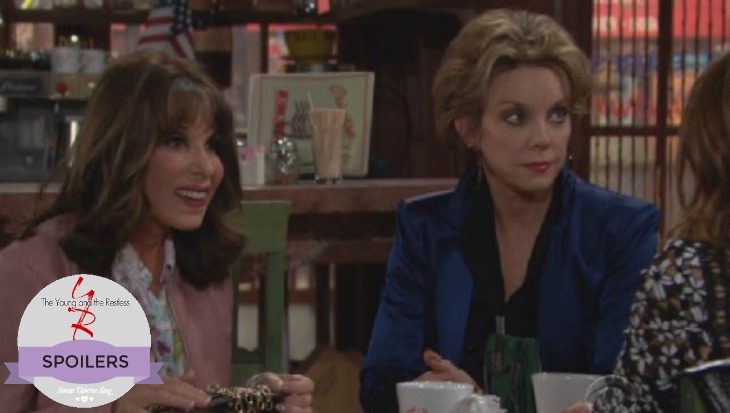 Gloria (Judith Chapman) told Chloe (Elizabeth Hendrickson) at Christmas that she would eventually confirm Bella’s (Cali May Kinder) paternity on ‘The Young and the Restless’. Kevin’s (Greg Rikaart) nuptial news, which he delivered to Gloria and Esther (Kate Linder) won’t stop his mom from investigating. That pressure combines with Chloe’s outright lies to create the near certainty of heavy drama in the near future.

Kevin’s proposed marital reunion will only lead to trouble, though he can’t see that reality right now. Having a blind spot in one’s heart for a perceived soul mate is something many viewers can surely relate to. In this instance, Chloe cares for Kevin. But the top concern in her life has been, is and seems likely to continue being the person whose reflection appears in her smartphone screen.

Chloe has been hiding terrible information from everyone in Genoa City for more than six months. Nick (Joshua Morrow) is rapidly uncovering evidence regarding the crimes she committed in her blood feud against Adam (Justin Hartley). Not that Kevin would know anything about that.

A return to yesterday isn’t advised. If it were the recent past the former ‘Chipmunk’ would be running wild with Chloe by his side. Kevin has since matured, becoming a valued member of the GC Police Department, a devoted stepfather and third-time fiance to the woman he loves. Meanwhile, Chloe has actually regressed.

Y&R fans don’t have enough information to determine if Billy (now played by Jason Thompson) is Bella’s biological father. A variety of pas plot points indicate that he is, but she could just as easily be another man’s daughter.

For all her faults and in considering the incredible nature of ‘Glack’s’ existence, Gloria is looking out for her son’s best interests. She believes that Chloe has been masterfully covering her mental instability and will eventually crush Kevin’s spirit again. Based upon his past history, that’s a dangerous prospect to consider. But the revealed Adam issue and Bella’s genetic truth seem likely to crush Kevin’s world.

The Young and the Restless Spoilers: Devon And Mariah Romance Real Or Rebound?