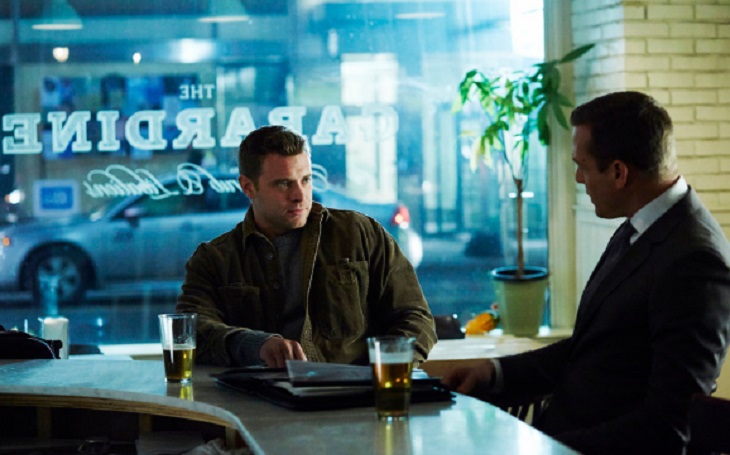 General Hospital star Billy Miller [Jason Morgan] is headed back to the USA drama Suits to reprise his role as Harvey’s brother Marcus Specter.  Miller actually appeared on the legal drama back in 2015.

Suits just returned for its winter premiere this week, and Harvey is having a tough time coping with Jessica leaving the firm, and Mike cutting him off completely.

Related: 2017 Daytime Emmy Awards – Why Did These 5 GH Characters Get Overlooked?

Harvey’s esteemed secretary Donna encouraged Specter to fill the void in his life by making amends with his estranged family, and that’s where Billy Miller comes in as Marcus.  If you are a fan of Suits, then you are well aware of Marcus’ complicated relationship with his big brother.

Billy Miller is scheduled to appear on the Suits episode airing on Wednesday, February 1st at 10:00 PM.

According to TV Source Magazine, Billy is not the only soap star scheduled to appear.  One Life To Live alum Brynn Thayer will also debut as Lily Specter, the mother of Harvey and Marcus.

So GH fans, will you be tuning into Suits to see Billy Miller show off his acting chops in a role other than the popular character Jason Morgan?  Let us know in the comments below and don’t forget to check Soap Opera Spy for more General Hospital spoilers and news.

‘The Young and the Restless’ Spoilers: Unexpected Dylan Sendoff – Few Predicted This Climax