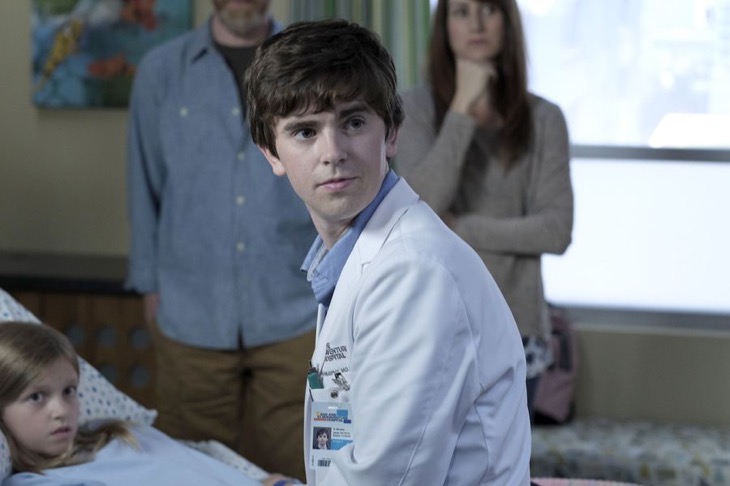 Playing a doctor is a relief for Freddie as he spent five years playing America’s favorite mommy loving serial killer, Norman Bates. “At the end of the day I go home and feel all right,” he tells Entertainment Weekly. “It’s the payoff of having spent so many years killing people — now I get to save them.” That’s if his co-workers allow him to stay on as a surgery intern at the prestigious hospital.

The new series will follow Shaun Murphy, a new doctor that suffers from Autism and savant syndrome. Some of the hospital staff worries that he cannot handle the demands of a surgical residency program.

“The thing that I find really compelling about this show is how he has real limitations, but those limitations won’t stop him,” producer David Shore says. “There might have to be accommodations made, but he is capable of doing great things.”

Highmore didn’t expect to find another gig lined up so soon after Bates Motel. However, The Good Doctor came at the right time. Apparently, they had just wrapped up filming the series finale of Bates Motel when Freddie’s agent called to let him know ABC wanted him to portray Shaun Murphy.

Freddie said that coming off Bates Motel’s remarkable success; he was aware he needed to pick the right role as not every season makes it past the pilot episodes. The actor found Shaun’s diagnosis with Autism a driving force for him accepting the role.

The 25-year-old actor said that most people think that those with autism are devoid of all emotion, which is not the case. He hopes the show captures how someone as remarkable as Shaun Murphy would change behavior in the stressful environment such as a surgical residency program.

The Good Doctor premieres Monday at 10 p.m. on ABC, after Dancing with the Stars. Stick with Soap Opera Spy for more The Good Doctor spoilers, news, and casting updates!