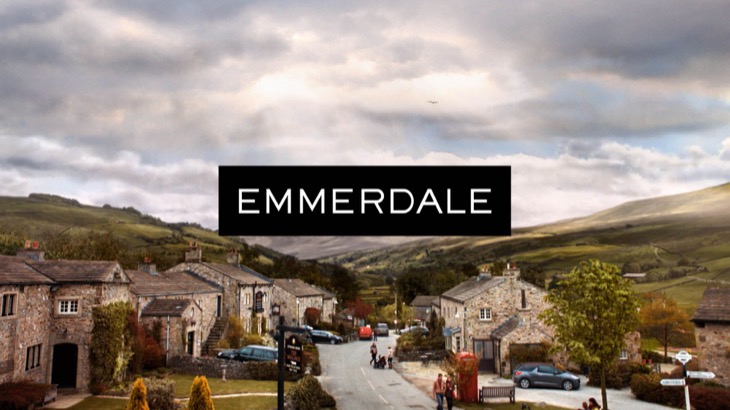 How does Emmerdale top last October’s big-budget car crash storyline described as the, “biggest stunt in soap history?” By airing an even grander blockbuster scenario this autumn!

Showrunners are teasing a historic fall storyline in the coming weeks, one designed to outshine last year’s epic plot.

In October 2016 fans watched with shock and horror as a catastrophic roadway accident killed James Barton (Bill Ward) and injured several other characters. In dramatic soapy fashion, the Butler Farms worker died in the hospital after a series of intense moments (including one in which someone almost sabotaged his oxygen tank!), surrounded by his loved ones.

Now execs will try to duplicate that astonishing level of suspense and drama by airing a monumental storyline that actually builds on last year’s crescendo.

How does the popular ITV soap top itself? For starters the lives of several characters will hang in the balance and fans will see stunts galore and lots of unexpected surprises.

According to the Daily Mail, show producer Iain MacLeod has revealed several spectacular tidbits about the heart stopping plot.

Although he prefaced his comments by noting that he was under a gag order not to reveal too much, he divulged that big action scenes will once again be featured.

He promised that “This year will be very different but equally exciting in many different aspects. There will be action sequences … It’s going to be intense and unmissable.”

The sudser used a non-linear storytelling method not traditional for the genre. Last year MacLeod stated that the filming was, “the biggest week I’ve been involved in – it’s massive, there are so many different incidents … It’s about the most cinematic thing you’ll ever have seen in soap.”

Many believe that the remarkable scenes paved the way for the soap to win Best Serial Drama at the 2017 National Television Awards.

Steve McDonald and Tracy Barlow to Reunite on Coronation Street?