EastEnders Spoilers: Will Justice Be Served In Walford? 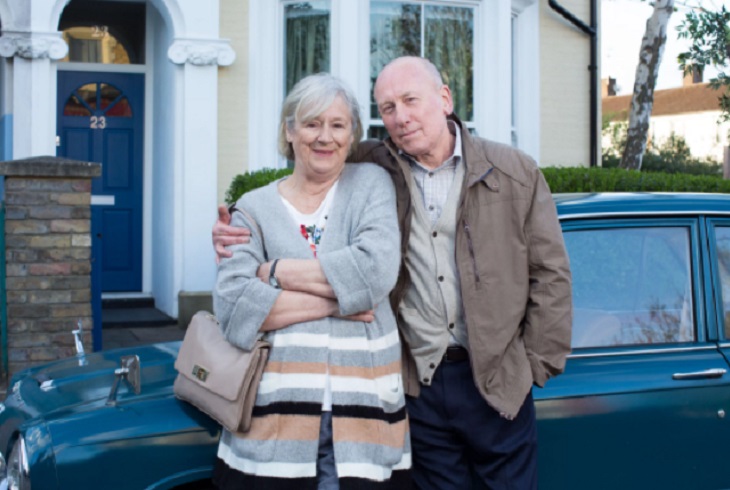 Last week was certainly a dramatic week for the soap, with a huge explosion and shootings, fans were pleased with the change of pace. However, something is not adding up. Poor Johnny Carter (Sam Strike) was shot and there have been no repercussions. Whereas Martin Fowler (James Bye) has been sent to prison for only pushing a police man! Justice has not been served on the East End.

Joyce Murray (Maggie Steed) told the police that it was her who shot the young lad Johnny last week, and amazingly she has walked away from the police station without going to prison. Despite Johnny being severally hurt by the gunshot wound. Surely, this cannot be the end of the drama. It was in fact her husband Ted (Christopher Timothy) who shot Johnny but the police have not yet figured this out.

The only punishment that Joyce has had is that her home has been cordoned off as a police zone, does this mean that they will eventually figure out that it was Ted? Or will Joyce go down for a crime she did not commit, she was released on bail which means she is not of the hook yet.

Martin on the other hand in about to pay a much harsher price for a much smaller crime. When the Bistro was set on fire Martin began to panic, he had not seen his wife for some time and believed that Stacey (Lacy Turner) could be in serious trouble. Whilst searching for her he pushed away a police man. Even though this is such a minor crime he is being sent to prison for four full weeks.

Doesn’t it seem like Joyce and Martin’s situations should be swapped around? Martin was in a panic and trying to find his wife in an emergency. Whereas Joyce is lying to the police and her husband could in fact be charged with attempted murder, if they find out the truth. Do you think the law is fair in EastEnders?

The Young and the Restless Spoilers: Ashley Acts Bravely – Graham Doesn’t Deserve Benefit of the Doubt