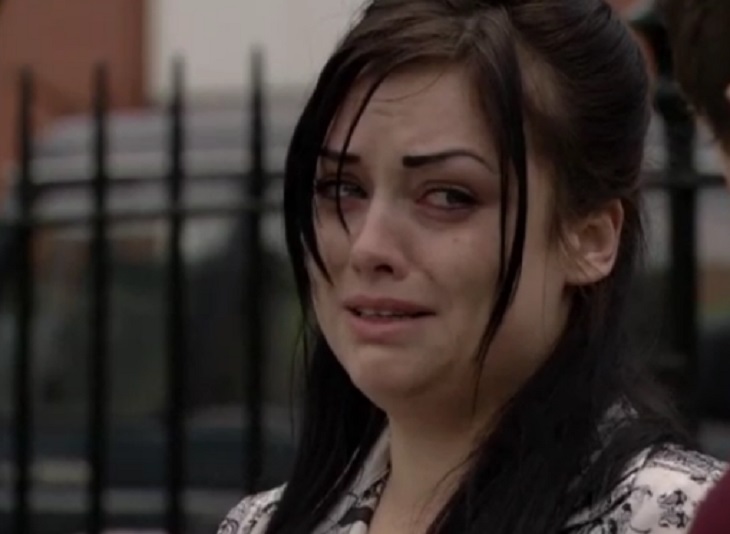 The shock plots keep coming for, “EastEnders,” fans and the next one could possibly be the most astonishing of all! Is Whitney Carter about to have a baby with her father in law, Mick?!

Fans have witnessed Whitney’s portrayer, Shona McGarty, filming in an oversized coat, leading to speculation that the character is pregnant.

If she is expecting a little bundle, now is a difficult time to rejoice in her good news. Lee, Whitney’s husband, left her. On Valentine’s Day. Double ouch.

Whitney got the bad news in the cruelest way possible, by discovering a handwritten note that Lee left for her to find; in it he wrote that he doesn’t love her anymore.

He was in that much of a rush that he couldn’t have waited until the day after Valentine’s? Sounds pretty shady to me.

But wait, if Whitney is pregnant she may not have far to look for a substitute baby daddy! Will she turn to her, gasp, father-in-law Mick for comfort?

Are Whitney and Lee about to embark on a fiery love affair?

Now that Lee has dumped her, Whitney and Mick are free to explore their options (as weird as they may be).

Thus far social media has taken a dim view of Whitney’s behavior, placing the blame for the collapse of her marriage square upon her shoulders. In addition, they are speculating that now Whitney will waste no time in taking up with Mick.

One fan tweeted, “Whitney will be all over Mick by Friday.” Another chimed in, “Whitney will get with his dad, Mick. This show is so predictable sometimes.”

Of course, we now know that that possibility remains to be seen, since Mick’s portrayer, Danny Dyer is currently AWOL from the show!