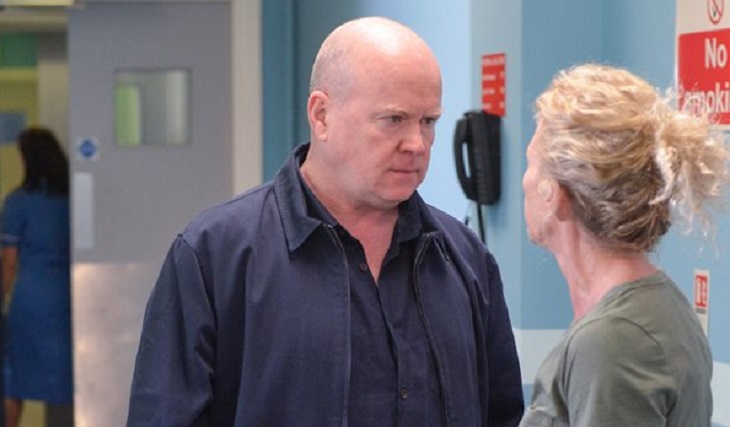 EastEnders spoilers tease that there’s no love lost between Phil (Steve Mitchell) and Lisa (Lucy Benjamin), but you know what they say: where there’s smoke there’s fire. In this case, better call the pros, because this inferno is a five alarm blaze in more ways than one!

The ex’s have been putting on a show of high drama ever since Lisa returned to their daughter Louise’s (Tilly Keeper) bedside. Poor Louise has third degree burns after a tragic event at her high school prom.

Both Lisa and Phil came back to Walford after much time away from their hometown. You would think that they could reunite for the sake of Louise, and play happy family, but that seems as likely as snow in July.

Last week alone, they could have used a referee as Phil and Lisa actually got physical with each other, letting their venom get the best of them.

Did viewers of the BBC One soap expect the scope and magnitude of the mudslinging that came about once these two set eyes on one another? The last time I checked, murderous threats made in public is a citable offense!

It kicked off with Phil unhappy to see anxious Lisa worrying over their daughter. Lisa responded to his manhandling by threatening to off him, to which he replies that he should have thrown her off a cliff when he had the chance. What did these two ever see in each other?

Lisa digs the knife in further, telling Phil he didn’t have the guts to do so, but he comes back by claiming that if he had he would have done the town a favor. Ouch.

The pleasantries end with promises from Phil and Lisa each threatening to put the other six feet under, right here, right now. Now viewers are in for a dramatic face-off as the two warriors refuse to back down at Louise’s bedside this week. Who will blink first? Better call the undertaker!

The Young and the Restless Spoilers: Cane Pays Jesse – Billy Realizes the Truth

The Young and the Restless Spoilers: Jordan’s Idea is Dangerous – Chelsea Shouldn’t Give Hilary the Cold Shoulder