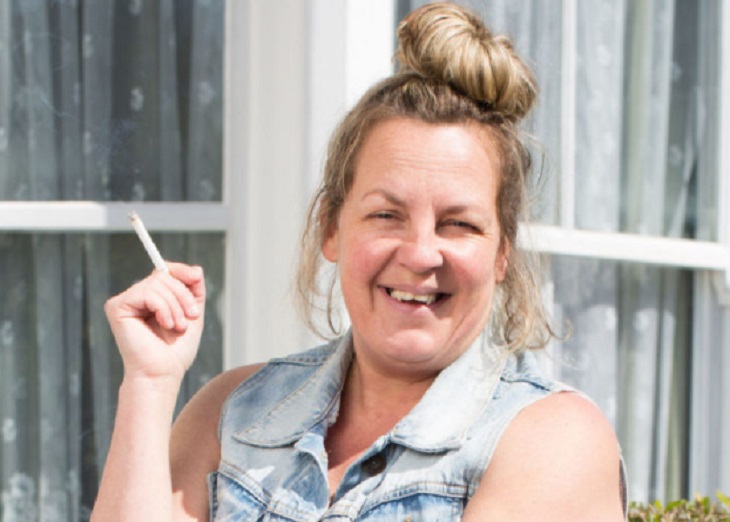 EastEnders spoilers tease that the newest loud mouth on the street may be in for quite a shock this week as Karen Taylor (played by Lorraine Stanley) may be about to be arrested. And all thanks to her kids.

The Taylor family’s time on the soap has been nothing but arguments and drama but things are about to be kicked up a notch. The single mum is struggling to control her kids and they are not staying on the straight and narrow. There were even shocking fears about siblings being romantically involved.

Keegan (Zack Morris) and Keanu (Dany Walters) have been up to no good as they stole the tribute bench in the square which was dedicated to Arthur Fowler (Bill Treacher), who is long dead. They thought of this as a childish game but it is going to have terrible consequences for their mother.

EastEnders spoilers tease that the bench will be spotted in their home by a nosey social worker. The social worker does not see the funny side to the children’s antics and decides to report the theft to the police. The bench is an iconic part of the square and it’s absence was noticed immediately by Arthur’s family members and concerned neighbours. The young boys probably did not fully understand the significance of their crime but it will most definitely come back to haunt them, and soon.

Karen being the protective mother that she is will try to take the fall for her boys, but will this wash with police? With Keegan already in trouble for being in league with the bullies who pushed Louise Mitchell (Tilly Keeper) into candles the night of the prom, it doesn’t seem likely that he’ll walk away from both crimes unharmed. Their fate will be sealed next week, but will it be Mother or child who takes the punishment?

General Hospital Spoilers: Curtis Gets Job Offer To Betray A Friend – Will He Take The Case?