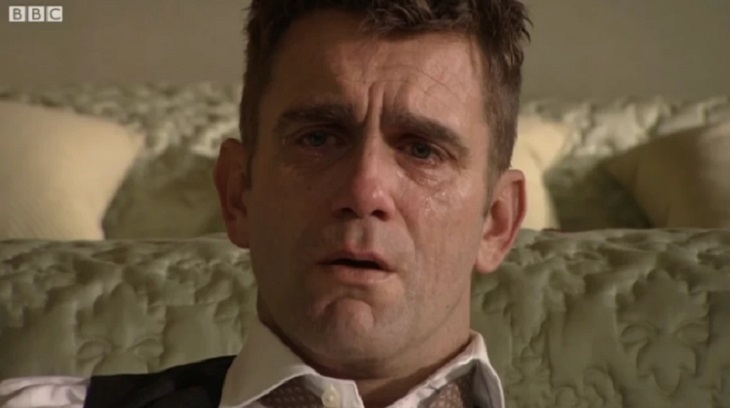 EastEnders spoilers tease that Roxy and Ronnie Mitchell may have been properly buried, but the soap’s writers won’t be letting them rest for a while.  Spoilers indicate that Rita Simmons and Sam Womack’s exits are far from over, and there will be plenty of drama to come surrounding the Mitchell sisters’ tragic deaths.

Jack Branning has had a tough time accepting Ronnie’s death, as have fans of the BBC1 soap opera, and he wants to know what happened to his bride.

EastEnders spoilers tease that next week Jack will attend Roxy and Ronnie’s inquest and he will get some shocking news from the coroner.

Roxy and Ronnie’s tragic swimming pool deaths on Ronnie and Jack’s wedding day left a lot of fans confused about how exactly they both died.  Could there be more to the story than what was depicted?  Is it even possible that there was some foul play involved?  What could the inquest reveal that we didn’t already know?

Some EastEnders spoilers and rumors are hinting that the news Jack receives is regarding drugs in Roxy’s system, but would that really come as a shock to him?  Max Branning stashed the drugs, perhaps he will wind up facing new murder accusations because of it.

What do you think EastEnders fans?  Share your thoughts and theories in the comments below and don’t forget to check Soap Opera Spy for more EastEnders spoilers and news!