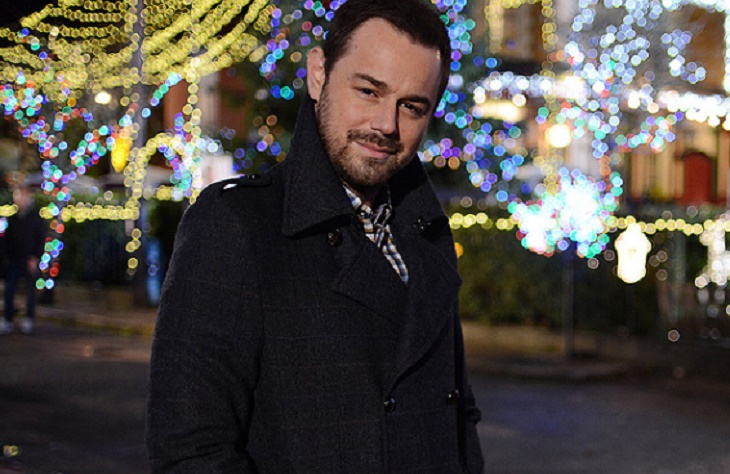 ‘EastEnders’ spoilers tease that fans of the BBC1 soap opera might be saying goodbye to another popular character this year.  Is Mick Carter leaving ‘EastEnders?’

Danny Dyer has been a member of the ‘EastEnders’ cast for a few years now, and an integral part of multiple storylines as Mick Carter.

In 2017, Danny Dyer’s contract with the soap opera is set to run out.  Earlier reports indicated that Dyer would be renewing his contract as Walford’s Mick Carter.  But, a recent interview with Danny Dyer seems to be indicating that his future is uncertain, and he may not renew his contract after all.

Danny Dyer recently sat down to chat with The Sun, and when asked about renewing his contract, the Mick Carter portrayer indicated that he hadn’t made a decision yet and he was interested in pursuing other projects.

Dyer dished, “We’ll have to see then at the end of the contract. Four years is a long time. It’s been really rewarding but there’s other stuff out there. I’d love to show other sides to me. I loved theatre and all that.”

Related: Max Branning’s Secret Meeting – Who Is The Mystery Man?

What do you think Eastenders fans?  Is Mick Carter on his way out?  If Danny doesn’t renew his contract, do you think the writers will kill off Mick or consider a recast?  Share your thoughts in the comments below and don’t forget to check Soap Opera Spy for more ‘EastEnders’ spoilers and news!

‘The Young and the Restless’ Spoilers: February Sweeps Preview – Sharon Forced To Keep Secrets – Victoria Pushes Billy Away – Ashley And Ravi Heat up