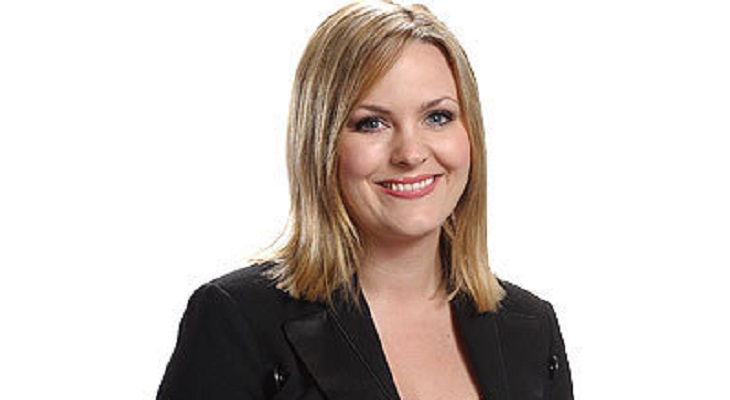 ‘EastEnders’ spoilers and rumors tease that there may be another Branning headed back to Walford!  Recent clues dropped in an ‘EastEnders’ episode this week hinted that Jo Joyner may be reprising the role of Tanya Branning, and fans of the BBC1 soap opera are thrilled.

On Tuesday’s January 31 episode of ‘EastEnders,’ an interesting conversation between Lauren Branning, Jane Beale, and Stacey Fowler aired.  Lauren revealed that her mom was weighing heavy on her mind lately and she missed Tanya Branning, she hoped that Tanya would return to Walford and meet baby Louie.

Max Branning recently returned to Walford and spoilers indicate that he is up to no good.  On top of that, Jack Branning is scheduled to get some bad news next week about Ronnie Mitchell’s unexpected death.  Plus, Lauren needs her mum!

This would be the absolute perfect time for Jo Joyner to breeze back in to Walford as Tanya Branning.

Joyner took to Twitter and responded to the rumors and stated she is “up north at the moment filming and will tell more when she is able.”  So, does that mean she is not returning?  Or was she instructed by TPTB to keep a return secret?

After Lauren Branning’s conversation about Tanya aired on ‘EastEnders,’ fans took to social media in droves to discuss their excitement about Jo Joyner’s rumored return.  And, general consensus is that everyone wanted her back on ‘EastEnders.’  Plus, with the Mitchell sisters gone, there is certainly some room in the canvas.

What do you think ‘EastEnders’ fans?  Do you want to see Tanya Branning return to Albert Square?  Share your thoughts in the comments below and don’t forget to check Soap Opera Spy for more ‘EastEnders’ spoilers and news!

‘The Young and the Restless’ RUMOR: Nick and Chelsea Romance Grows – Sharon Attempts To Steal Nick Away, New Love Triangle In The Works?