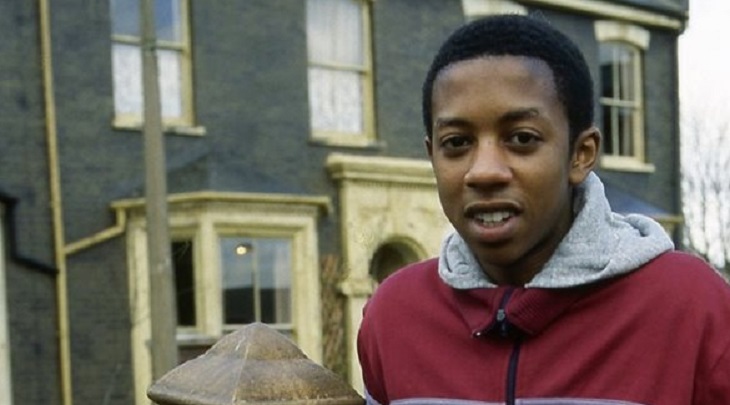 Is a familiar face from the good old days about to reappear in Walford? “EastEnders,” fans are getting more and more excited about the teased return of fan fave, Kelvin Carpenter (Paul Medford)! Are he and Michelle Fowler about to meet again?

Or will he meet up with aspiring singer Bex Fowler (Jasmine Armfield) who just blew fans away when she sang Dido’s, “White Flag,” on the BBC One show?

The BBC One soap has been dropping some pretty hefty hints that Kelvin may be back in Walford, sooner rather than later. We last saw Kelvin way back in the 80’s; 1987 to be precise!

Kelvin was onscreen for two short years, but he made a big impression as the love interest between besties  Michelle and Sharon Mitchell.

Although the BFF’s showed interest in Kelvin and vice versa, there were no major fireworks in either relationship. Is that about to change? Could there be a secret love child on the horizon?

Well, this is the world of soaps, so anything is possible, but Kelvin was also involved in a band, so perhaps music is what brings him back?

The Banned was Kelvin’s musical venture (cute name, get it?), a band he shared with Sharon, Simon Wicks, Eddie Hunter, and Ian Beale.

As sometimes happens with soap bands, real life imitated reel life, and The Banned enjoyed modest commercial success with the hit song, “Something Outa Nothing.”

Kelvin has not been seen in Walford since leaving for college in 1987. Are viewers about to see him and Michelle pick up where they left off? Will the past lovebirds rekindle a flame that flickered out long ago?

Let us know what you think in the comments below and don’t forget to check Soap Opera Spy for more EastEnders spoilers and news!