‘The Young and the Restless’ Spoilers: February Sweeps Preview – Sharon Forced To Keep Secrets – Victoria Pushes Billy Away – Ashley And Ravi Heat up 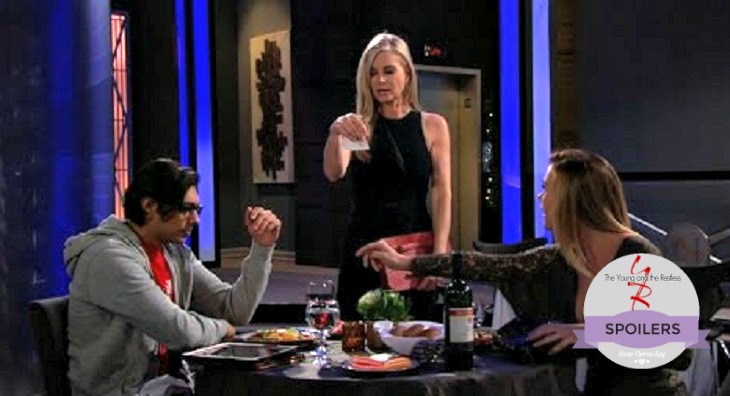 ‘The Young and the Restless’ spoilers reveal that the complicated storylines will only become more so. It doesn’t appear anyone is immune for the troubles that will plague Genoa City when February sweeps gear up.

The battle for control of Fenmore’s will continue. Lauren Baldwin [Tracey E. Bregman] will accept Jack Abbott’s [Peter Bergman] investment offer but tensions will rise because Jack can’t sit back and let Lauren take on the day-to-day operations at the boutique.

Of course, Gloria Bardwell [Judith Chapman] will come around and ensure that Jack keeps his end of their bargain. Can Gloria’s relationship with her son Michael Baldwin [Christian LeBlanc] and daughter-in-law Lauren survive if the couple discovers Gloria’s betrayal?

Sharon McAvoy [Sharon Case] must keep secrets again. Sharon can’t tell anyone why hubby Dylan McAvoy left town. Sharon knows that if anyone finds out the truth Dylan’s life will be in danger. ‘Y&R’ spoilers indicate that Sharon will find inner strength to move forward into the future and put Dylan in the past.

‘The Young and the Restless’ spoilers say watch as the feud between Ashley Abbott [Eileen Davidson] and Phyllis Abbots [Gina Tognoni] goes to the next level when the women are forced to share office space. Perhaps the handsome Ravi Shapur [Abi Sinha] will make a move and provide Ashley with some much-needed romance.

‘The Young and the Restless’ spoilers for February sweeps reveal that viewers should watch out for trouble for Lily Ashby [Christel Khalil] and Cane Ashby [Daniel Goddard]. Lily’s re-entry into modeling won’t be an easy adjustment for the Ashby family, a bigger problem than anyone anticipated.

Victoria Newman [Amelia Heinle] cannot focus on a reunion with Billy Abbott [Jason Thompson]. The working mom has three children to worry about. Reed Hellstrom [Tristan Lake Leabu] is full of teenage angst. Life with Reed is more complicated than Victoria imagined. Billy may remain on the backburner of Victoria’s life.

‘The Young and the Restless’ spoilers tell fans to watch for a change in Nick Newman’s [Joshua Morrow] and Chelsea Newman’s [Melissa Claire Egan] relationship. The two are in a good place right now, happy with their platonic and caring relationship. But something will shift and cause the relationship to change. This change will spark an intriguing reaction from a family member.

‘The Young and the Restless’ spoilers tease that changes are coming through Genoa City. Everyone will need to hold on tight and wait to see what happens.