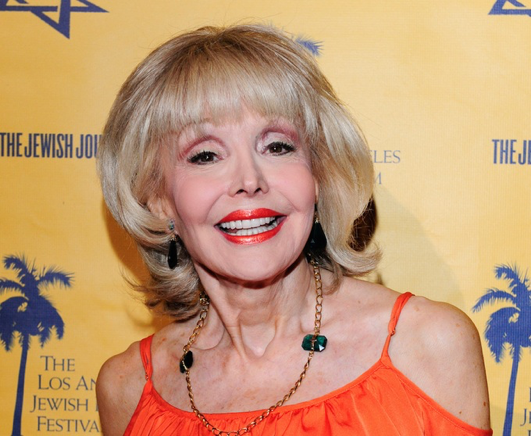 Soap Opera Spy regrets to inform you of the recent passing of yet another Actress and a well-known Daytime Veteran. Francine York who appeared on ‘Days of our Lives’ as well as ‘General Hospital’ died on January 6th, 2017 at the age of 80 after her long battle with cancer.

Francine York had appeared in many television shows and movies over the years. Francine York was born in Aurora, Minnesota. Francine York got her start in Hollywood by working as a showgirl at Frank Sennes’ Moulin Rouge, which was a popular Hollywood nightclub on Sunset Blvd located in California. York would often perform three shows a night, seven nights a week, for a period of approximately six months.

As time went by, York grew tired of sharing a stage with trained animals so she decided to change the route of her career somewhat and began taking acting classes. Shortly afterwards, York finally landed her first movie role and was cast in the movie, Secret File: Hollywood, a film about the day-to-day maneuvers of a sleazy Hollywood reporter. Later on, York was seen in many other television shows and movies including Perry Mason , Route 66, My Favorite Martian, Green Acres, It takes a thief and so many more.

Of course, Francine York continued to act in films and on television, with two of her most recent TV appearances which includes showing up in the television show ‘Hot in Cleveland where she starred as Lady Natalie. Francine also found time to work as a nutrition expert and a cook. York made many televisions appearances showing off her newfound cooking skills and even published various recipe books as well as exercise programs which she eventually got published in several worldwide magazines that made her a good profit.

Francine York never married. She commented on her single status by claiming that she was like Cinderella, waiting for her prince charming, but he never came.

In light of Ms. York’s recent passing, we here at Soap Opera Spy would like to extend our deepest condolences to the York Family.

‘The Young and the Restless’ Spoilers Wednesday, January 11: Dylan Transforms Into Derek – Sharon Demands to Speak with Her Husband – Nick Faces Sticky Situation