‘The Young and the Restless’ Spoilers Wednesday, January 11: Dylan Transforms Into Derek – Sharon Demands to Speak with Her Husband – Nick Faces Sticky Situation 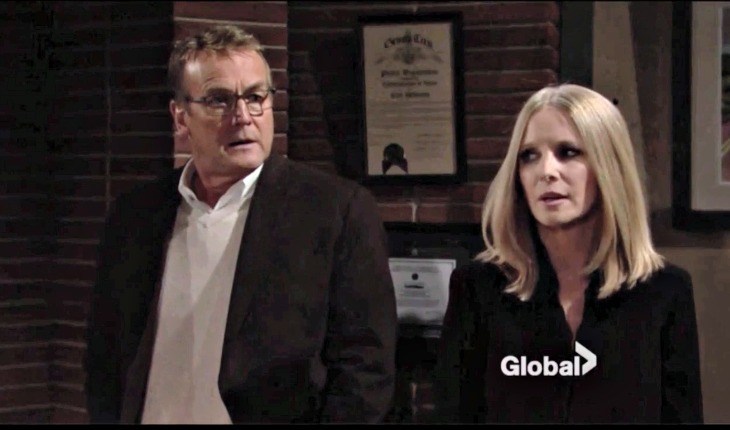 “The Young and the Restless” spoilers for Wednesday, January 11, tease that Nick (Joshua Morrow) will be overwhelmed by the stress of his daily life. He’s happy to have Christian home where he belongs, but being a single father is tough. Sharon (Sharon Case) would be happy to babysit, but Nick just isn’t willing to forgive and forget.

That could change down the road, but Nick will just have to keep tackling all of this on his own for now. He also has to juggle handling The Underground and making Faith (Alyvia Alyn Lind) feel at ease. Nick is trying to be Superdad, but he’ll feel like he’s at the end of his rope in Wednesday’s episode.

While Nick is in the middle of a call, Christian will decide to hurl food at Daddy. Nick will wonder why his boy is suddenly so mischievous. Of course, Christian will just sit there looking all innocent. He’s reaching the age where he likes to experiment and explore. No one can blame the cutie pie for that.

Related: ‘The Young and The Restless’ Preview Video Tuesday, January 10

Nick might as well get used to his life’s messiness. It may get worse before it gets better! Elsewhere, Sharon will march in the police station to speak with Paul (Doug Davidson) and Christine (Laralee Bell). They’ll be stunned when Sharon demands to talk to her husband right now.

Christine and Paul will tell Sharon to let it go. Dylan (Steve Burton) is deep undercover and there’s no way they’re willing to endanger him like that. Sharon may be in the loop on Kevin’s (Greg Rikaart) messages by then. She’ll ask why they’re denying her this peace of mind.

Paul and Christine won’t budge on the issue. Sharon will just have to live with the situation as is. However, Y&R rumors hint that Sharon’s desire to reach Dylan could land them both in hot water. “The Young and the Restless” fans can expect some tense moments in the coming episodes.

For the time being, Dylan will prepare to play the part of Derek Young. He’ll don some edgy clothes and jewelry before combing through his new slicked hairdo. Dylan will interact with a beautiful woman on this mission. They’ll quickly heat things up as Dylan carries out the ruse.

‘The Bold and the Beautiful’ Spoilers: Wyatt Sulks While Steffy Mulls Over Boundaries – Ridge Promises Brooke He’s a Lover, Not a Fighter