Days of Our Lives Spoilers: Paul Knocks Out Gabi – John and Marlena Get Devastating News – Hope Digs for Info on Dario 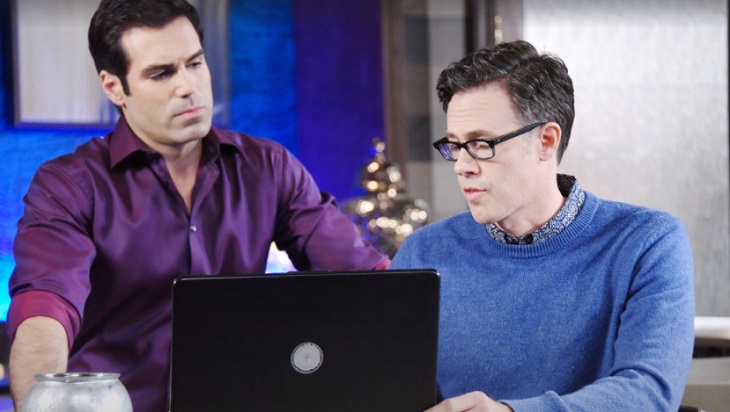 “Days of Our Lives” spoilers for Tuesday, June 6, tease that Marlena (Deidre Hall) will prepare for another tough goodbye. John (Drake Hogestyn) will break the news that he’s been called away again. He rushed home to check on Brady (Eric Martsolf), but now he needs to finish what he started. The ISA wants John to complete his secret assignment.

However, it seems John could trade that mission for a more personal one. “Days of Our Lives” spoilers say Rafe (Galen Gering) will call John to fill him in on the missing plane. He’ll indicate that Sonny’s (Freddie Smith) jet went off the radar, so they have no way of knowing if the passengers are dead or alive.

John will be distraught over Paul’s (Christopher Sean) potentially grim fate. “Days” rumors hint that John may help out with the rescue efforts. It sounds like he’ll bail on the ISA and put his family first. DOOL viewers know that’s what John does best! He would do anything for the people he loves.

In the meantime, Paul will struggle with the symptoms of jungle madness. As his violent desires grow stronger, Paul will make some dangerous moves. “Days of Our Lives” spoilers state that Paul will pick up a rock as he creeps behind Gabi (Camila Banus). He’ll eventually bash her in the head with it and take off.

Chad (Billy Flynn, JJ (Casey Moss), Lani (Sal Stowers) and Sonny will worry about Gabi when they see she’s been knocked out cold. Once Gabi regains consciousness, they’ll all try to figure out what went down. “Days” spoilers say Eli (Lamon Archey) will return to clear things up for them. He’ll insist that Paul came after him with a knife on the other side of the island.

The whole gang will realize that Paul must have the same illness as the man in the diary. They’ll fear that Paul could go on a murderous rampage if they can’t get him under control. DOOL spoilers reveal that Eli will stun the others by suggesting they should kill Paul. He won’t think they can just let him run amok. They could all die if they let this terror drag on.

Elsewhere, Hope (Kristian Alfonso) will want some updates from Myron (Craig Welzbacher). She’ll ask him a few questions about Dario (Jordi Vilasuso) as part of a new investigation. Hope could uncover some shocking details pretty soon. Stick with the NBC soap and don’t forget to check Soap Opera Spy often for the latest “Days of Our Lives” spoilers, rumors, updates and news.

The Young and the Restless Spoilers: Elizabeth Hendrickson’s Retrospective Reflects Double Write-Out – Kevin and Chloe Will Be Missed