‘Days of Our Lives’ Spoilers: Hospital Chaos Leaves Kayla in Danger – Steve Gets Info on His Other Son – Dario Imagines a Kiss with Abigail 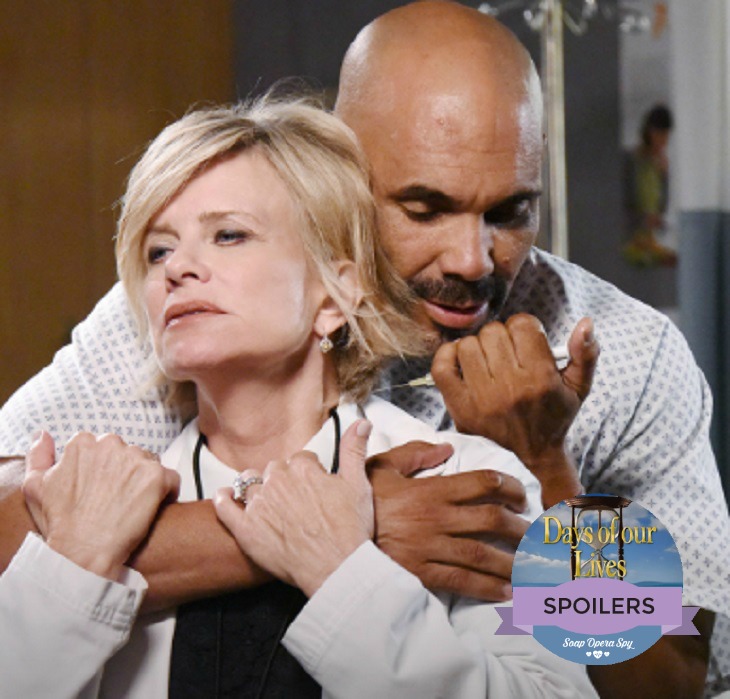 “Days of Our Lives” spoilers for Wednesday, March 8, tease that Steve (Stephen Nichols) will get some startling updates. Raymond (Burt Bulos) just showed up to provide the scoop on something involving Ava (Tamara Braun). Steve will obviously wonder what this is all about. He was hoping Ava’s death would put an end to the drama.

Of course, there’s always more conflict to come on “Days.” DOOL spoilers indicate that the son Steve had with Ava is still alive. Raymond will fill Steve in on this stunning news. Naturally, Steve will have a hard time wrapping his head around the revelation. He’ll realize he needs to tell Kayla (Mary Beth Evans) as soon as possible.

Meanwhile, Kayla will already have a lot on her plate. “Days of Our Lives” spoilers say Hal (Real Andrews) will have a major outburst at the hospital.

Kayla will find herself in a life-threatening situation thanks to Hal’s behavior. Steve will arrive to rescue Kayla at some point, but she’ll face some scary moments until then.

Elsewhere, Dario (Jordi Vilsuso) will work out a deal with Myron (Craig Welzbacher). We know that a dance lesson ruse is coming up, so maybe Dario will urge Myron to learn some fancy footwork. He might tell Myron that it will help him score some dates.

In reality, it seems Dario just wants to get closer to Abigail (Marci Miller). She’ll serve as Dario’s dance partner in this scheme he cooks up. “Days of Our Lives” spoilers reveal that Dario will have a hot fantasy about Abby. He’ll imagine that he’s kissing her, which could lead to big problems. It sounds like Dario could make other sneaky moves to win Abigail over.

Across town, Gabi (Camila Banus) will face some awkwardness with Chad (Billy Flynn). He’ll once again ask Gabi to pitch in with his plot against Deimos (Vincent Irizarry). Gabi and Chad’s bond could strengthen as they work together on this plan.

“Days” fans can expect some shockers as these storylines heat up. Chad and Abigail’s relationship will eventually fall apart, but they’ll reunite down the road. We’ll keep you posted as more details and rumors emerge. Stick with DOOL and don’t forget to check Soap Opera Spy often for the latest “Days of Our Lives” spoilers, rumors, updates and news.

WATCH: The Bold and The Beautiful Preview Video Wednesday, March 8