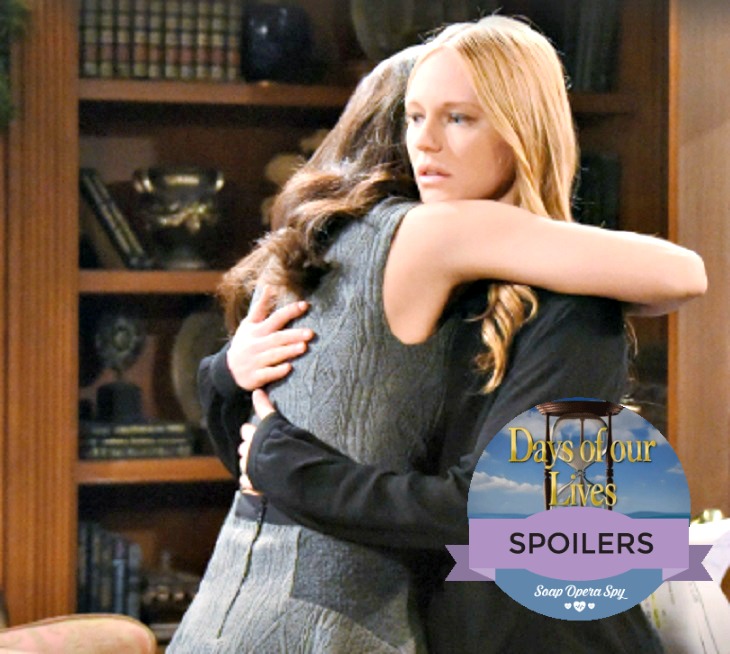 “Days of Our Lives” spoilers for Thursday, January 19, tease that Brady (Eric Martsolf) will grill Chloe (Nadia Bjorlin) about her secret. She’s been hiding the truth for far too long. Brady will feel like Nicole (Arianne Zucker) deserves to know if Holly is her daughter. He feels certain that’s the case, but he’ll want Chloe to finally admit it.

When Brady confronts her, Chloe will crack under the pressure. She’ll confess that Holly is indeed Nicole’s baby. Brady will push Chloe to tell Nicole and hand Holly over, but some unexpected issues will emerge. Next week will bring several shocking moments in this “Days” storyline.

Elsewhere, Eduardo (A Martinez) will try to fix his relationship. He accused Kate (Lauren Koslow) of stealing the hard drive and refused to believe her when she claimed she was innocent. Now Eduardo realizes Deimos (Vincent Irizarry) was behind the theft. He’ll determine that he needs to apologize.

DOOL fans know that Kate doesn’t play games in her love life. She expects trust and commitment. Nevertheless, Eduardo and Kate seem to have a nice connection. Maybe Kate will find it in her heart to forgive Eduardo eventually.

While Eduardo reaches out to his leading lady, Abigail (Marci Miller) and Gabi (Camila Banus) will discuss the current war. The DiMeras are fighting with the Kiriakis clan and two of the Hernandez men. Gabi and Abigail will agree that they need to step in before things get out of hand. Someone could end up injured or dead if they can’t put a stop to the conflict.

Of course, Dario (Jordi Vilasuso) doesn’t think talking is the way to resolve anything. He likes to take action and he’ll do just that in Thursday’s episode. “Days of Our Lives” spoilers say Dario will order someone to kill Deimos. He’ll insist that his enemy needs to be dead by tonight.

It’s clear that Deimos will be in extreme danger, but he’ll manage to wiggle out of it with some help from Nicole. Unfortunately, Nicole’s move will land her in trouble with the law. “Days of Our Lives” rumors hint that Nicole will face some dark times, but happiness is just around the corner.

It sounds like major drama is about to go down. We’ll give you updates as more “Days” news emerges. Stick with DOOL and don’t forget to check Soap Opera Spy often for the latest “Days of Our Lives” spoilers, rumors, updates and news.

WATCH: ‘The Bold and The Beautiful’ Preview Video Thursday, January 19