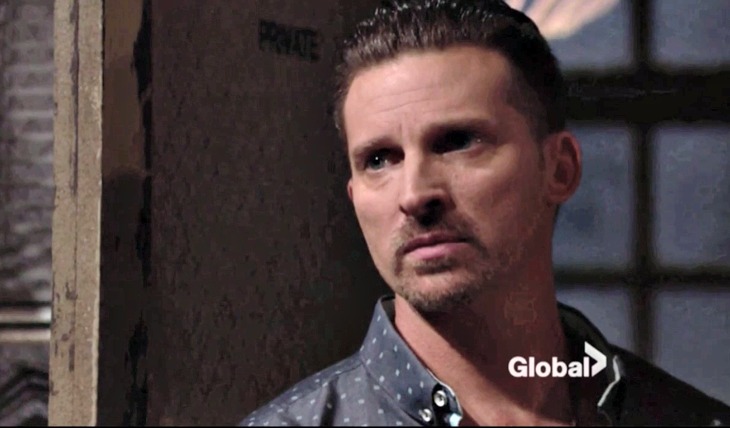 “The Young and the Restless” spoilers for Thursday, January 19, tease that Mariah (Camryn Grimes) will jog Devon’s (Bryton James) memory by discussing her guilt. At GC Buzz, Mariah suggests it was wrong to use the teleprompter to get back at Hilary (Mishael Morgan) for tripping her. Devon suddenly recalls everything. Hilary returns and Devon rides home with her.

When they get to the penthouse, Devon makes himself a drink and stews over what Hilary did. She brings up their plan for a family and he blurts out that he remembers New Year’s Eve. Devon can’t believe that Hilary kept him out of the loop. Hilary defends herself by mentioning Stitch’s (Sean Carrigan) orders.

Devon rants about Hilary childish plot against Mariah. She brings up how they’ve reconnected since Devon woke up. Hilary doesn’t think anything has changed between them, but Devon argues that everything is different now. He insists they don’t have a future anymore. Devon states that their relationship has always been a mistake. Hilary looks stunned as Devon tells her to get out.

At Jabot, Ashley (Eileen Davidson) fills Jack (Peter Bergman) in on Phyllis’ (Gina Tognoni) attempt to lure Ravi (Abhi Sinha) away from the company. Ravi appears and Jack invites him to lunch. Meanwhile, Phyllis asks Michael (Christian LeBlanc) for advice on the situation. He admits Ashley can’t do anything about her poaching if Ravi doesn’t have a contract.

At Top of the Tower, Ashley and Jack try to solve that problem. They want Ravi to sign a contract with Jabot. When Gloria (Judith Chapman) arrives, Jack leaves the table to meet her. Ashley explains how awful Gloria is and the topic shifts to Ravi’s background. He talks about his parents and how much he wants to please Ashley. Ravi hopes to do great work for Jabot.

Sharon isn’t certain that Dylan will come home to her, but Paul offers reassurance. He gives Sharon her husband’s badge. Paul suggests that Sharon can hand it to Dylan herself when he gets back to Genoa City. After Paul leaves, Sharon gazes at Dylan’s picture. Mariah comes in and Sharon shares that she may have made things worse for Dylan.

Other “Young and the Restless” spoilers say Dylan will face some scary moments. In Miami, a man is taken out of the room by one of Fisk’s (Scott Speiser) goons. As “Derek” meets Fisk, a shot is fired. Dylan wants details that he can pass along to his boss. He needs to know exactly what they’re getting.

Fisk doesn’t think he can trust him, but Dylan feels he’s proved himself. Alex brings up that Dylan’s boss is a woman and that sends up some red flags for Fisk. Dylan clarifies that the woman on the phone simply works for his boss.

Fisk eventually accepts money for the deal. He counts it and notes that he was given more than the amount due. Fisk sends Dylan with his henchman. He says they should go to a specific pier and reveals that the product will be on the Esmeralda.

Dylan gets in the vehicle, but later realizes they’re not going in the right direction. He discovers that he’s locked in the car. Y&R rumors hint that bad news is brewing. Stick with the CBS soap to see what’s in store.

WATCH: ‘The Young and The Restless’ Preview Video Thursday, January 19