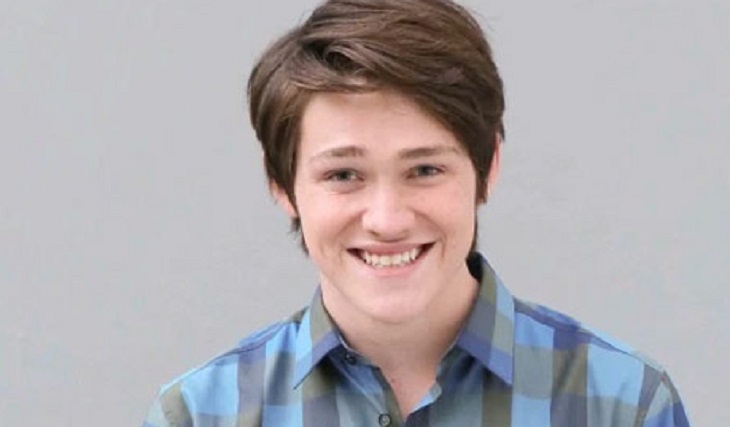 ‘Days of Our Lives’ viewers have seen many cast changes and beloved characters for quite some time. One former actor, Jonathan McClendon [Chase Jennings] recently took to Twitter to express his frustration, making unconfirmed accusations against TPTB.

A cryptic message began a series of tweets from McClendon that left fans shocked. “Y’all ready for what’s about to go down?” the actor tweeted on January 13. The same day Twitter followers were interested in knowing if the announcement had something to do with McClendon’s music. One follower, however, wrote, “Not if it’s what I think you’re talking about.”

The actor then posted this message to ‘DOOL’ fans, “I didn’t want to be Chase the rapist.” McClendon is referring to the storyline in which Chase raped Ciara Brady [formerly Vivian Jovanni]. Chase and Ciara bonded a bit when Ciara’s mom Hope Brady [Kristian Alfonso] married Chase’s father Aiden Jennings [Daniel Cosgrove].

Chase Jennings left town after causing a lot of trouble. Andre DiMera [Thaao Penghlis] convinced Chase to return home. Chase confided his feelings for Ciara and Andre proceeded to tell Chase that girls often mean yes when they say no, it’s just a game women like to play. Andre told Chase to go pursue Ciara if he truly wanted her.

Chase took Andre’s advice and when he and Ciara were alone one day Chase kissed Ciara and she responded. Things became a little uncomfortable for Ciara and she told Chase to stop.

Chase insisted Ciara wanted him as much as he wanted her. Ciara got up off the sofa, but Chase threw her back down onto the sofa, covered her mouth with his hand and raped the teenager.

It appears this is the storyline to which Jonathan McClendon objected. ‘Days of Our Lives’ fans are not privy to what the actor, producers and writers discussed regarding Chase raping Ciara, but it is now obvious from McClendon’s tweet that he was not happy at all.

Jonathan McClendon continued to voice his displeasure with TPTB at ‘Days of Our Lives,’ via Twitter. In one tweet he indicated he has chosen to watch ‘General Hospital’ from now on. The actor also tweeted that he is upset that a friend and ‘DOOL’ co-worker was replaced without any notice.

Rape storylines on any daytime drama are always controversial and strike a nerve with viewers and actors alike. It isn’t an easy decision for a writing team to deal with the sensitive subject, but do so in hopes that women will feel empowered to step forward and report this crime.

Several ‘Days of Our Lives’ fans responded to the series of tweets from McClendon, but it does not appear that the actor has answered any of his Twitter followers’ questions.

I didn’t want to be chase the rapist.