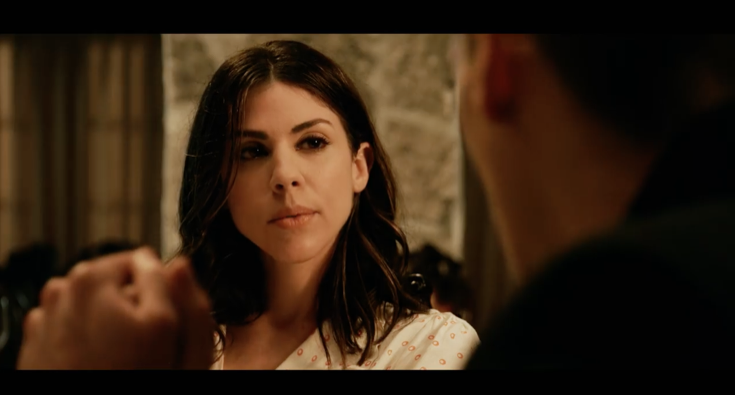 Kate Mansi landed the role of Abigail Deveraux back in March of 2011. There had been six Abby’s before her though, most were of a younger Abby Deveraux. When Kate Mansi took over the role, Abby was returning to Salem from boarding school. Kate Mansi, easily a fan favorite, as she played Abigail Deveraux from March 2011 to March 2016. Kate Mansi talented acting was noticed early on, as she received a nomination for 2013 Gold Derby TV Award Younger Actresses – Daytime Drama.

This year Kate Mansi took home the coveted 2017 Daytime Emmy Award – Outstanding Supporting Actress Drama Series. It was in storylines that Kate Mansi (Abigail Deveraux) shared with Robert Scott Wilson (Ben Rodgers), Billy Flynn (Chad DiMera) who received a 2017 Daytime Emmy Award Nomination – Best Actor. After being Abigail Deveraux for five years, Kate decided not renew her contract with “Days Of Our Lives.” Thankfully Days did not kill the character of Abigail Deveraux off the show, but did give Kate Mansi a tragic and heartbreaking exit. After a diagnosis of mental health issues, she was sent to a mental hospital. From which she escaped after burning it down, leaving her to fake her own death. Kate made her last on air appearance as Abigail Deveraux DiMera, on June 24,2016.

So if you have missed watching Kate Mansi, you can catch her in her upcoming role in “Mother Of All Secrets”. Directed by Lucinda Spurling, “Mother of All Secrets” is a thriller of a young couple on their babymoon. One last vacation before coming parents, but the vacation does not quite go as planned. While vacationing in Bermuda, a US Senator goes missing, Aubrey (Kate Mansi) his pregnant girlfriend searches for him. Along the way she discovers his estranged mother is there on the island as well, and seems to know more about her son’s disappearance then she is letting on.

style=”text-align: justify;”>Filming took place in Bermuda – Kate Mansi revealed to Royal Gazette “I Knew nothing about Bermuda. The only thing that I remembered was the song”, referring to the Beach Boys hit “Kokomo”. There has been no release date given, but we do know filming took place in February 2017. In the meantime check out the trailer below.

Make sure to check often with Soap Opera Spy for all your Days Of Our Lives spoilers, new, updates, and much more.

The Young And The Restless Spoilers: Kevin Goes Dark – How Will Greg Rikaart Exit