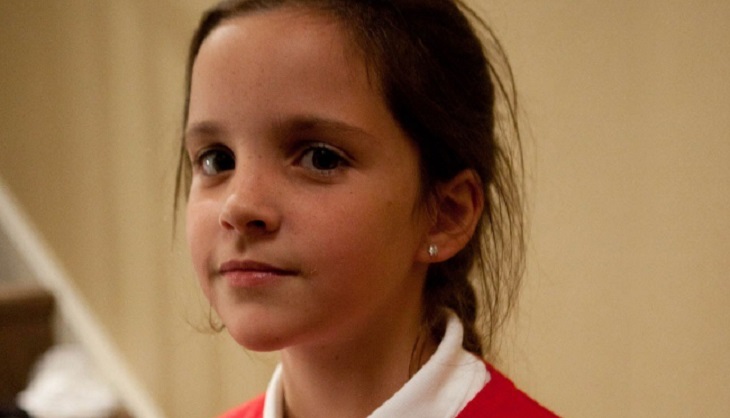 In this week’s shock Coronation Street episode we saw little Amy Barlow (played by Elle Mulvaney) growing up in quite possibly the worst way, when our worst fears were confirmed. The young girl is taking after her mother Tracy a lot sooner than anyone feared.

In a shock twist, it was revealed that Amy was on the phone to Adam on the night that poor Ken (William Roache) was pushed down the stairs, and brutally hit on the head. Earlier this week we saw Amy talking about money with her cousin proving her dodgy involvement.

Even though Adam refused, their tangled web of lies will finally be unraveled as Ken’s accident is now officially been investigated, with police stating they will begin searching for the culprit this week.

Even though the show states there are still six main possibilities for the attempted murder, this theory is quickly becoming a fan favourite.

With her mum being a long term manipulator who spent many years in prison for murder, many are wondering if she has influenced her only daughter. Amy has always been portrayed as a sweet school girl who plays the violin (badly), she has previously been shown to be cunning and smart but never as cruel as this story line would indicate, she is quite possibly the perfect culprit.

Even though it is Adam, her cousin, who has been under the spotlight due to his involvement with drugs, perhaps Corrie is taking a leaf out of EastEnders’s books and making a child killer.

Will Amy Barlow become the new Bobby Beale? Will she be sent to a young offender’s prison? Or is the show getting us to fear the worst to distract us from the other possibilities; Peter, Tracy, Daniel, Sinead? Either way its set to be an explosive whodunit this week!

The Young and the Restless Spoilers: Chelsea Coming To Grips With Reality – Best Friend Destroyed Her Family

WATCH: The Bold and The Beautiful Preview Video Friday, March 31