Big Brother 19 Spoilers: Paul Makes A Fatal Mistake – Will It Cost Him The BB19 Game? 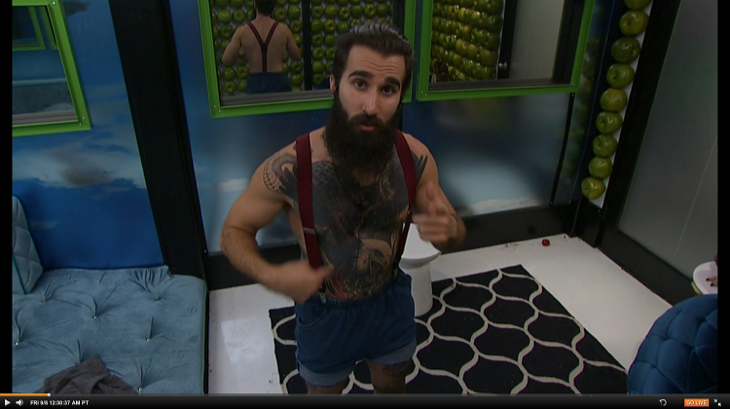 Big Brother 19 spoilers reveal that Paul Abrahamian may have made a huge mistake. He did what no one should do in the BB house —he trusted another player to take them to the end. The error could end up costing Paul $500,000 and end up placing third in Season 19.

The round one competition just ended, and Paul won the first round. That means that Christmas Abbott and Josh Martinez will battle each other in round two. Whoever wins that round, will faceoff against Paul for the HOH win and decide who they want to take to the final two.

Paul Wants To Take Josh To The Final

Paul believes that the best person for him to take to the final two is Josh. He believes that Christmas could beat him because she has played a great social game. He accepts that Josh could beat him, but hopes that the Jury will acknowledge his gameplay and not give in to feeling bitter about being voted off. He’s mostly concerned about Jason Dent convincing other players to turn against him.

“I’m one competition away from potentially winning. I’ve been telling you guys my game plan the entire season… It worked! I told you my perfect Final 3, “ Paul said to the camera. “My perfect final scenario and I’m in it. I just need Josh to win this next comp because then I secure myself a spot in Final 2. In that last comp, if I for some chance lose he’s still going to pull me up.”

Josh’s Plan Is Not The Same As Paul’s Plan

Big Brother 19 spoilers indicate that Josh’s plans aren’t the same as Paul’s. See Josh doesn’t want to take Paul to the end because he knows Paul will probably beat him. He realizes that, at this point in the game, he must see things from a strategic point of view. He believes that his best chance of winning $500,000 is to take Christmas to the end.

Josh doesn’t want to tell Paul his plan for fear that he would try to flip his vote. Instead, he plans to try to make him feel safe, in hopes, Paul will throw the competition to him. If things go the way Josh hopes, Paul will be the last Jury member!