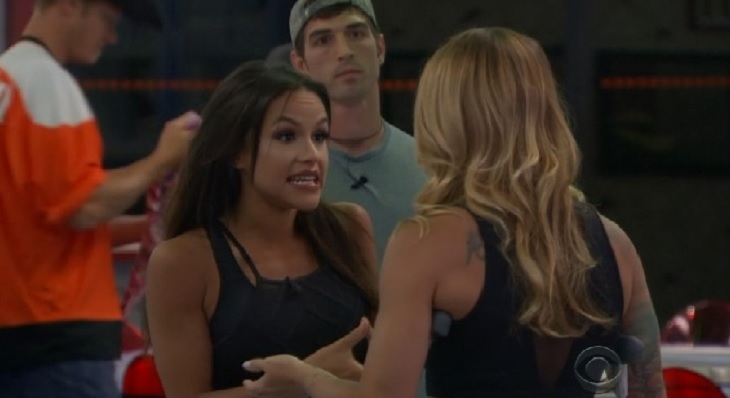 Big Brother 19 Week 6 is turning out to be an eventful one, and ironically no one is talking about the upcoming live eviction on CBS, instead the internet is buzzing over “Butthole Gate.”

Big Brother 19 spoilers from the live feeds reveal that some of the houseguests are up in arms over Jessica Graf’s bizarre behavior, which includes poking her houseguests in the butt with her fingers when they aren’t looking.  What we can only assume is supposed to be a joke is really rubbing, or poking, some of the houseguests the wrong way, especially Alex Ow and Paul Abrahamian.

The scandal has really heated up on the internet this week because some BB19 fans have called for CBS to address the issue, however producers seem to be turning a blind eye to Jessica’s butt-poking.  Paul Abrahamian even pointed out that if Jessica was a male in the household, her actions would be considered sexual assault, but TPTB seem to think it’s okay because she’s a female.  However, the houseguests don’t agree, especially the men that are getting their butts poked.

TMZ recently caught up with Big Brother alum and all-star Will Kirby, and he had quite a bit to say about “Butthole Gate.”  Will seems to share Paul Abrahamian’s feelings about the issue, he voiced to TMZ that as far as he was concerned Jessica had committed sexual assault and it is time for her to leave the BB19 house.

What do you think Big Brother fans?  Share your thoughts in the comments below and check back with Soap Opera Spy for more BB19 spoilers and news.