‘The Young And The Restless’ Weekly Spoilers May 9-13: Lily and Hilary’s Epic Confrontation – Billy and Phyllis Hook Up 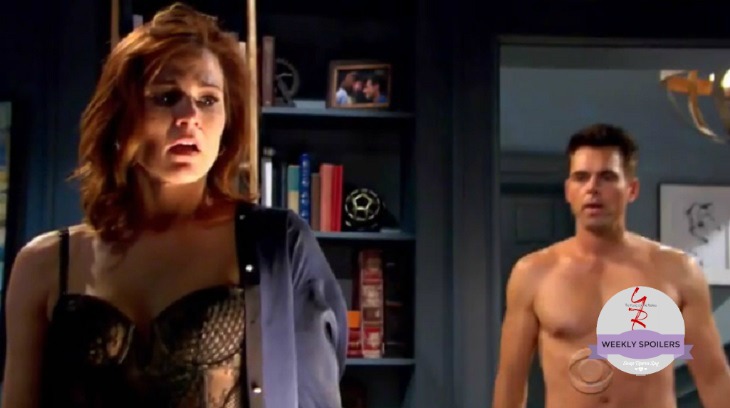 “The Young and the Restless” spoilers for the week of May 9-13 tease that Lily (Christel Khalil) will get fed up with Hilary’s (Mishael Morgan) lies and constant manipulation. When Cane (Daniel Goddard) fills Lily in on Neil’s (Kristoff St. John) kidnapping plot, she won’t approve of his actions. However, Lily won’t think that’s an excuse for Hilary’s behavior. She shouldn’t be allowed to make Neil’s life miserable.

Hilary will open up to Dr. Neville (Michael E. Knight) about Lily’s hatred for her. Of course, the feeling is undoubtedly mutual. Lily and Hilary will eventually meet up for an epic confrontation. Y&R’s weekly promo shows Lily shouting, “You lying, cheating, scheming, soulless, backstabbing skank.”

Once she’s blurted out the string of insults, Lily will proceed to throw a beverage in Hilary’s face. It’s a classic soap move and let’s be honest: It never gets old. Stay tuned to see if Hilary will retaliate.

Other “Young and the Restless” spoilers reveal that more Pass Key drama is on the way. When a security breach puts Jabot’s investment at risk, Natalie (Mara McCaffray) won’t be interested in fixing the problem. Phyllis (Gina Tognoni) will reach out to Billy (Jason Thompson) in hopes that he can change Natalie’s mind.

The situation will be quite stressful for Phyllis. Billy will instinctively comfort her in the midst of the conversation. They’ll hold hands on a park bench and lean in close. Suddenly, Jack (Peter Bergman) will appear in the distance. Afterwards, Jack will question Phyllis about what he saw. He’ll be concerned, but he’ll try to remain calm.

In spite of the newfound closeness between his wife and brother, Jack will want to trust them. Perhaps it’s just wishful thinking on Jack’s part, but he’ll attempt to push his suspicions aside. Unfortunately, Billy seems to think everything is his for the taking.

Later, Phyllis will head to Billy’s place for the umpteenth time and suggest that they probably need to steer clear of each other. Jack can tell that there’s something between them. Billy will think Phyllis knows what she wants deep down. Why else would she keep stopping by? Phyllis will contemplate slapping Billy again, but he’ll pull her into a kiss instead. One thing will lead to another and they’ll end up in bed together.

Will this hookup destroy what’s left of Phyllis and Jack’s marriage? Y&R rumors hint that they could be on the verge of a divorce. Stick with “The Young and the Restless” for updates on the next chapter of Phyllis’ love life.

So Y&R fans, what do you think about the news that Lily will lash out at Hilary? Does Hilary deserve to be publicly shamed? What about Phyllis and Billy’s sex session? Will there be consequences for the steaminess? Voice your opinion in the comments below and don’t forget to check Soap Opera Spy often for the latest “Young and the Restless” spoilers, rumors, updates and news.

‘The Young And The Restless’ Interview: Chrishell Stause Dishes On Joining Cast Of ‘Y&R’