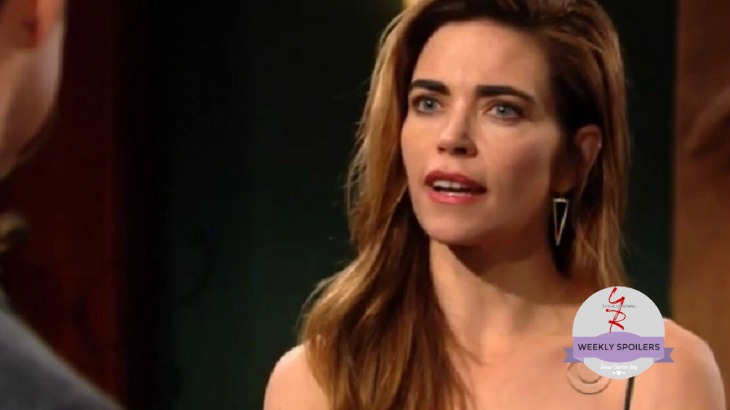 “The Young and the Restless” (Y&R) spoilers tease big action is ahead between Victoria Newman (Amelia Heinle) and Nick Newman (Joshua Morrow) during the week of June 6. Nick starts to suspect that Victoria’s new boyfriend could be working with their father. Summer Newman (Hunter King) announces that she and Luca Santori (Miles Gaston Villanueva) decided to move in together, and they declare their love for each other.

The week opens with Nick following Victoria as she meets with her bartending love, Travis (Michael Roark). Nick suspects this handsome stud could be a distraction for his sis, and could be a spy for their evil father, Victor Newman (Eric Braeden). Of course, Victoria thinks his idea is ridiculous, but the more Nick talks about it, the more she begins to suspect he could be right.

Related: Stitch Makes A Difficult Decision, Will Surgery Save Max?

Victoria decides to do her own investigation about Travis, and what she finds out about her prince charming, blows her mind. Could he the one behind the oil spill, and hired by none other than Victor Newman?

“The Young and the Restless” spoilers tease that Summer will tell her dad, Nick that she and Luca moved in together. Nick becomes unhinged when he realizes that his daughter has fallen for a smooth talking weasel like Luca.  If Nick reacted so harshly to the news, how does Phyllis Abbott (Gina Tognoni) react?

What could Luca be planning? Is he really in love with Summer or only using her? What is Travis’ connection to Victor? Stick with Soap Opera Spy for all your soap opera news, gossip, and news.

A secret will be revealed next week on #YR. Don’t miss it!