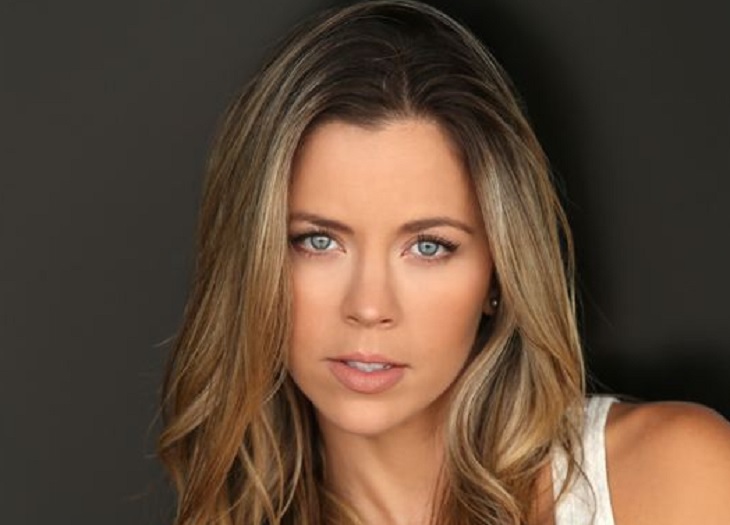 ‘Days of Our Lives’ spoilers include news that Blanca [Ximena Duque] will arrive in Salem on Tuesday, June 7. Blanca is a friend of Adriana Hernandez’s [Alma Delfina] and the new girl will bring some happiness with her to Salem, especially for the Hernandez family.

In an interview with the actress is in the most recent issue of Soap Opera Digest, Ximena reveals that Blanca is fun and sweet and “doesn’t come to make any trouble. But, she is running away from something, and that will come up. It’s a great storyline.”

Ximena Duque may be a new face to American viewers but she has enjoyed a career in entertainment since 2002. The actress got her start on the reality talent show ‘Protagonistas de Novela.’ Her career in telenovelas began in 2005 when she was cast as Jenny on ‘Sona No Cuesta.’ Ximena’s other acting credits include the role of Maria Aguilar in ‘Pecados Ajenos’ and as Ana Lucia Hidalgo in the telenovela ‘Valeria.’

The transition from Latin telenovelas to American soap operas began with a phone call from Ximena’s manager asking her if she would be willing to test for the role. Ximena wasn’t sure she would be the right fit and didn’t think TPTB at ‘DOOL’ would choose her for the role.

“I got the script [and] it said that Blanca was from Mexico. I’m blonde and blue-eyed. I don’t look Mexican. But I decided to do it just for the fun,” Ximena revealed. She sent the audition tape in and a week later got the phone call that she had been cast as Blanca – and she was to report to the ‘Days of Our Lives’ set in one week.

Since this is Ximena’s first English-speaking role she worked with a voice coach while still in Miami. AT the studio another voice coach will continue to help Ximena with her lines. Being a part of the ‘Days of Our Lives’ cast will be a new experience. But that’s okay says Ximena who enjoys seeing new places, she was living in Miami at the time she received the call from her manager.

Get ready ‘DOOL’ viewers Ximena Duque bring Blanca to Salem on Tuesday, June 7. How long will it take for Blanca’s secret to be revealed?