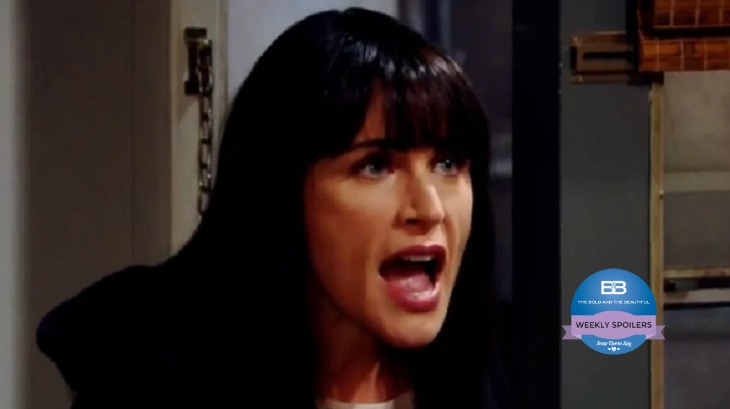 “The Bold and the Beautiful” (B&B) spoilers tease a massive showdown is in the works during the week of June 6 between Ridge Forrester (Thorsten Kaye) and Bill Spencer (Don Diamont).  The secret is out, and Bill knows that Thomas Forrester (Pierson Fode) is Douglas’ father, not Ridge. It is a secret that Ridge has tried to keep under wraps for months.

The secret could change everything. Katie Spencer (Heather Tom) slipped her husband a massive secret about Ridge, one that he could use to HIS benefit. Bill will tell Ridge that not only does he know about the secret, but the whole world will know that Thomas is Douglas’ father.

Related: Steffy and Quinn in Bitter Showdown Over Wyatt and Liam

Ridge is not pleased and hopes he can convince him to keep the secret, but it looks highly unlikely. Their egos may clash, and who knows what could go down between them. Ridge will tell Bill that he wants to protect Douglas from being the product of a family scandal.

Liam Spencer (Scott Clifton) rants to Steffy (Jacqueline MacInnes Wood) and Quinn Fuller (Rena Sofer) that if it weren’t for Quinn, he would be happily married.  He says that he will never forgive her for intruding into his life in this manner. Of Course, Steffy agrees with him, which causes Wyatt to stress.

Quinn decides that she must take matters into her own hands and plots Liam’s murder [again]. She tells Deacon Sharpe (Sean Kanan) that she must make sure to protect Wyatt’s (Darin Brooks marriage to Steffy. She implies that she wants to kill Liam (again) and make sure he is not a problem for her son’s marriage.

Related: Steffy and Liam Get Closer – Caroline Struggles to Cope with Pressure, Secrets Taking a Toll

“As long as Liam lives he is a threat to Wyatt’s marriage Steffy,” Quinn tells [presumably]Deacon. It seems apparent that Quinn has decided to end Liam’s life [again] and hopes to convince Deacon to do the deed, again. Will he fall for her spiel again?

Do you think Quinn will go after Liam?  Will Ridge be able to keep Bill quiet?  Share your thoughts in the comments below and don’t forget to check Soap Opera Spy daily for ‘The Bold and the Beautiful’ spoilers and news.

Lies will be exposed and dynasties will crumble this week on #BoldAndBeautiful!