‘The Young And The Restless’ Weekly Promo Video: Sexy Summer Ahead – Hilary Plots With Billy – Victoria And Travis Heat Up – Devon Attacks Jack 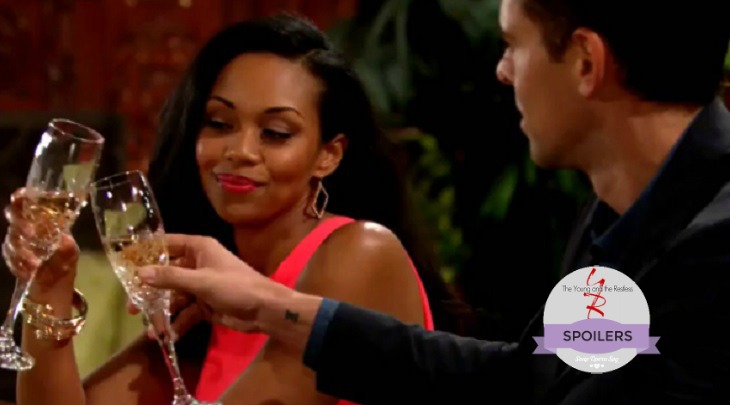 ‘The Young and the Restless’ weekly spoilers for July 4-8 tease that there is a sexy summer ahead for the residents of Genoa City. Even though Hilary has kissed Jack she might make a play for another Abbott brother.

The ‘Y&R’ video promo teases that there may be a something in the works between Hilary Hamilton [Misheal Morgan] and Billy Abbott [Jason Thompson]. Sure, Hilary has made a play for Jack Abbott [Peter Bergman], but did Billy put her up to it to derail his brother and Phyllis’ marriage?

Phyllis Newman [Gina Tognoni] has declared her love to Billy but isn’t going to come clean with Jack about her affair with Billy then little brother needs to move on. Is Hilary the woman Billy will romance next?

Just what is Phyllis’s agenda and who is she talking to when she says, “I don’t play by the rules. Ever!” Does Phyllis see that Hilary is moving in on Jack?

In ‘Y&R’ couples news things will get hot, hot, hot for Summer Newman [Hunter King] and Luca Santori [Miles Gaston Villanueva}. Is this finally true love for Summer or is Luca using Summer?

‘The Young and the Restless’ weekly spoiler video for July 4-8 declares, “This summer is heating up. So cool down with daytime’s #1 drama. It’s gonna be a hot one.”

Things are heating up this summer on #YR!