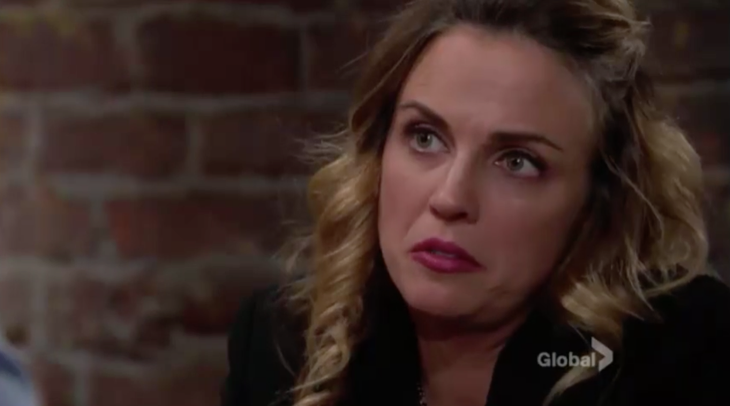 “The Young and the Restless” spoilers for Wednesday, March 9, tease that Sage (Kelly Sullivan) will have some worries about Nick (Joshua Morrow) and the adoption. At the penthouse, Chelsea (Melissa Claire Egan) passes along some hand-me-downs for the new baby. Sage is concerned that Shawn (Devon Martinez) might back out. Even if she doesn’t, Nick doesn’t seem 100 percent on board with adopting.

Chelsea suggests that everything will work out and talk turns to Adam (Justin Hartley). He’s off on a job interview in New York. Sage says Nick is being considered as Adam’s replacement at Newman Enterprises. She’s not happy about it. At Crimson Lights, Nikki (Melody Thomas Scott) asks for Nick’s support in voting Victor (Eric Braeden) out. Nick grows fearful of getting sucked back into all the company drama. 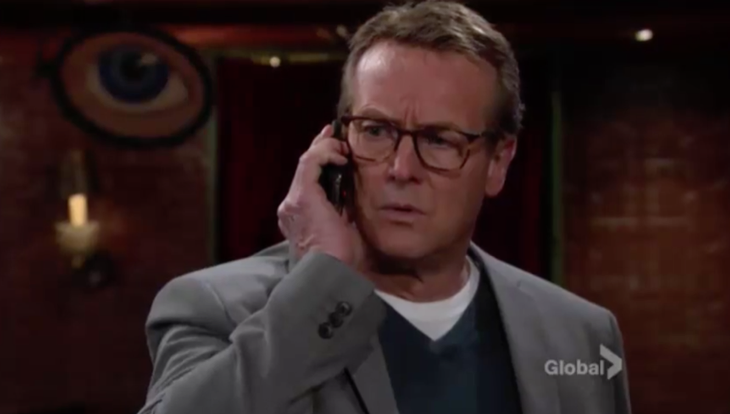 Meanwhile, Dylan (Steve Burton) chats with Paul (Doug Davidson) about the turmoil Victor is putting Nikki through. Sharon (Sharon Case) thinks Nikki knew what she was signing on for with Victor. Elsewhere, Victoria (Amelia Heinle) lashes out at Billy (Jason Thompson) over the scheme. She’s furious that Billy was working behind her back the whole time. 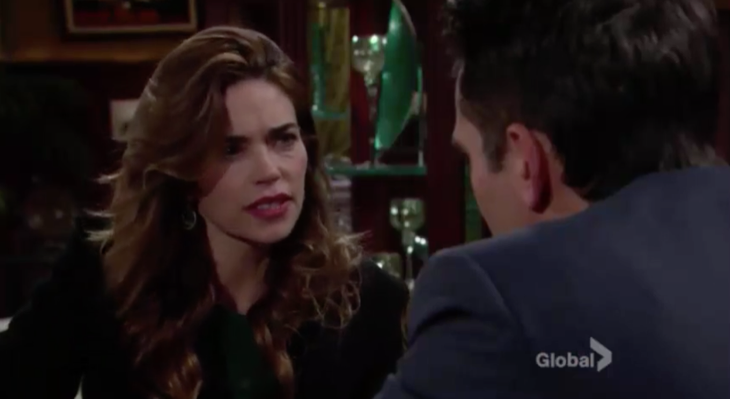 Billy lies that he just pounced on the opportunity when the project became available. Victoria doesn’t believe Billy. She knows this has been in the works for a while. Billy admits that he didn’t want Phyllis (Gina Tognoni) to take Victor on by herself. Victoria feels like Billy put Phyllis before his own family. 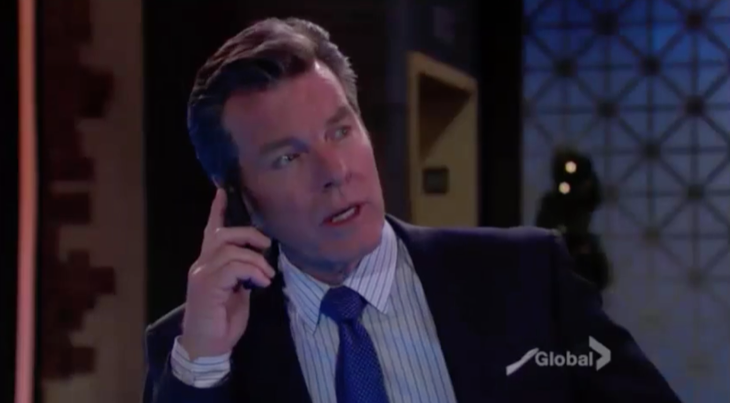 At Top of the Tower, Michael (Christian LeBlanc) stops Jack (Peter Bergman) from physically attacking a seething Victor. Lauren (Tracey E. Bregman) watches nearby. Neil (Kristoff St. John) agrees that they should take it down a notch. They don’t want anyone getting hurt. After Victor makes a threat and stomps off, Jack calls Paul. He says Victor is out of control and needs to be locked up again.

Phyllis once again pressures Michael to take Victor’s case and throw it. Michael doesn’t want to, but Lauren hints that it might be the right move. If they don’t stop Victor now, he’ll just keep going after everyone. Jack feels that they have to do whatever it takes.

A few moments later, Billy appears and privately tells Phyllis what went down with Victoria. Phyllis says she’ll handle it. After Phyllis exits, Jack walks over and tells Billy that he’s worried about a lawsuit. Victor might file one for corporate espionage and Billy could pay the price.

Back with Lauren and Michael, they debate whether he should throw Victor’s case. Michael is still hesitant, but Lauren asks what he would do if Victor put another man in her bed. Michael replies that he’d kill Victor and Lauren suggests he knows what his decision should be.

Other “Young and the Restless” spoilers reveal that Victor may regret threatening Jack. In Victor’s office, Paul and Dylan show up to make an arrest. Neil hints that no one got hurt. He tries to downplay the confrontation, but Dylan and Paul disagree. Victor violated his bail by making a threat and they’re taking him back into custody.

Once alone, Nikki asks Neil why he defended Victor. Neil mentions the foundation he’s starting and says he wants to give Victor the help he needs. Nikki talks about the plan to vote Victor out of Newman Enterprises. She thinks Victor will have to hit rock bottom before he truly sees the light.
At the athletic club, Phyllis does damage control for Billy’s sake. She tells Victoria that Billy shouldn’t be blamed. Victoria knows that Billy was a willing participant. Phyllis points out that Billy hated lying to Victoria and adds that she shouldn’t allow him to slip away. Billy loves Victoria so much. It’d be a shame to let that love go.

Unfortunately, Victoria won’t be willing to forgive just yet. She’ll tell Billy that she’s done. The wedding is off. Back at Top of the Tower, Jack won’t be pleased with all of Phyllis’ lies. Lack of trust could mean bad news for this couple as well. 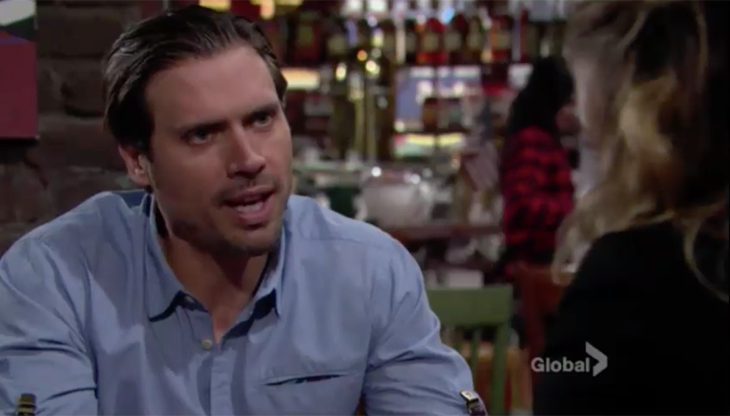 Nick opens up to Sharon at Crimson Lights. Everything at Newman is troubling him. As Chelsea and Sage arrive, Sharon urges Nick to follow his heart. Chelsea pulls Sharon aside and scolds her for meddling in Nick’s marriage.

Nearby, Sage confronts Nick about his apparent sabotage of the adoption. He confesses that Sage may not be ready for another baby. Nick feels Sage is just trying to replace Christian and she leaves in a huff.

At the police station, Victor’s lawyer recommends a plea deal. Victor isn’t interested, so he fires him. Michael comes in and says he heard Victor ditched his attorney. He wonders if he can be of service. Michael states that everyone deserves a fair trial. Victor agrees to let Michael represent him.

Will Michael follow through on the plan to throw the case? Y&R rumors hint that we’re in for a shocking trial. There are sure to be some twists and turns ahead. Stick with the CBS soap for updates on Victor’s fate.

‘The Young and the Restless’ Spoilers Thursday March 10: Depressed Ashley Wants to Stop Treatment – Board Gathers to Vote, Victor’s Fate as CEO Is Decided