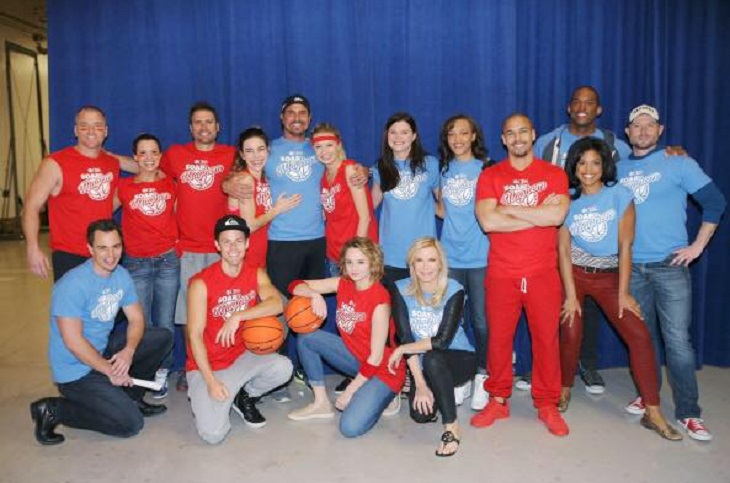 It’s time to get all excited CBS viewers. Your favorite shows are about to compete; ‘The Bold and the Beautiful’ and ‘The Young and the Restless’. CBS Mayhem returns and this time the competition heats up when stars of Y&R and B&B go head to head in a hot competition. The Official CBS website is encouraging everyone to go get their jerseys and put their game faces on for the upcoming event. They also posted a list of all the soap opera stars that will be competing this time around.

Those intrigued by this news will have the opportunity to see the actors compete against each other. From B&B we have stars like; Heather Tom (Katie) against Reign Edwards (Nicole), Don Diamont (Bill) against Jacob young (Rick), Karla Mosley (Maya) against Alley Mills (Pam) and Rome Flynn (Zende) against Pierson Fode (Thomas). While from Y&R; Bryton James (Devon) against Jason Thompson (Billy), Lauralee Bell (Christine) against Gina Tognoni (Phyllis), Joshua Morrow (Nick) vs. Kristoff St. John (Neil) and Melissa Ordway (Abby) against Christel Khalil (Lily).

Fans will have the great opportunity to be a part of all the action. The CBS Daytime Facebook page will be live streaming the action for all to see on Thursday March 10th at 8:30am PST and 11:30am EST. Team captains from B&B and Y&R Linsey Godfrey (Caroline) and Christian LeBlanc (Michael) respectively will be live tweeting the event and pictures will be posted on both star’s Instagram page.

The announcer scheduled for this year’s event is none other than George Gray from The Price is Right. So don’t you miss this action packed event guys, be sure to follow Linsey Godfrey and Christian Leblanc on both Twitter and Instagram. And be sure to tune in the CBS Facebook page to catch all the happenings on that day. Let’s all tune in on Thursday to find out which show will take home the trophy.

Get Exclusive The young And The Restless News & Updates!