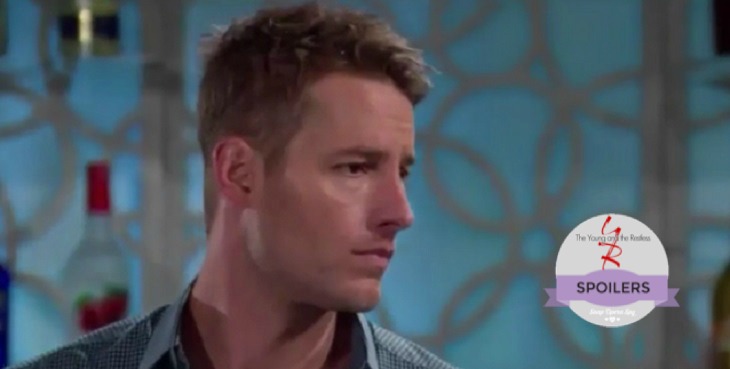 “The Young and the Restless” spoilers for Wednesday, June 22, tease that Adam (Justin Hartley) will spend some family time with Chelsea (Melissa Claire Egan) and Connor (Gunner and Ryder Gadbois). At home, Adam makes a video of Connor after camping out in the living room. Chelsea opens up to Adam about her fears. She worries about counting on Ian’s (Ray Wise) testimony to win his case. Adam insists he’ll be OK and they share a kiss.

At the state pen, Victor (Eric Braeden) has been released from solitary confinement. He visits the infirmary and gets updates on Meredith’s (Alicia Coppola) trip to see Christine (Laralee Bell). Victor doesn’t think it was Meredith’s place to make a statement. He wants to be the one to get on the stand and challenge Ian’s bogus story in court.

At Billy’s (Jason Thompson) place, Phyllis (Gina Tognoni) has to get back to the real world. She admits it’s hard for her to leave. Phyllis gives Billy a passionate kiss before she rushes off. Meanwhile, Travis (Michael Roark) gets frisky with Victoria (Amelia Heinle) in bed. Victoria’s cell phone falls on the floor while they have sex. 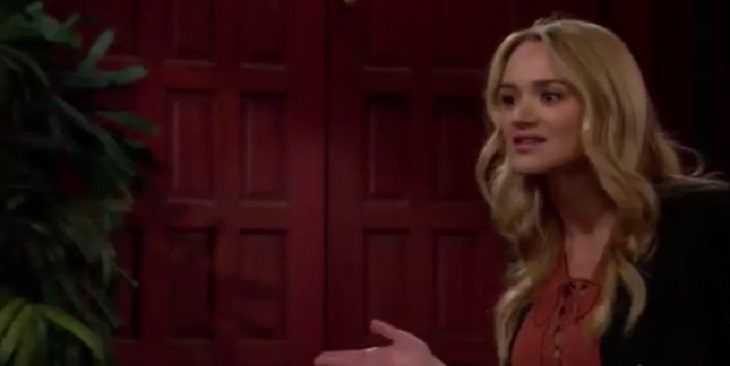 Another crisis hits Newman Enterprises and Victoria is once again unavailable. Summer (Hunter King) flips out over the possibility of losing a fortune. Luca (Miles Gaston Villanueva) urges Summer to call Nick (Joshua Morrow) and let him handle it.

Nick is chatting with Sharon (Sharon Case) when the call comes in. He lets Sharon know that she can trust him and he’s there if she needs to talk. Nick speaks with Summer and says he’s on his way. As he departs, Nick hints that he’ll always be concerned about Sharon and her well-being.

Sharon heads over to Crimson Lights to see Chelsea. When Sharon suggests that Mariah (Camryn Grimes) should come on board at the company, Chelsea is receptive to the idea. Talk turns to Adam’s trial. Chelsea mentions how important it is for fathers to connect with their sons. Sharon visualizes Sage’s (Kelly Sullivan) face when she looks at Chelsea. After Chelsea notices that she looks upset, Sharon promises she’s fine. 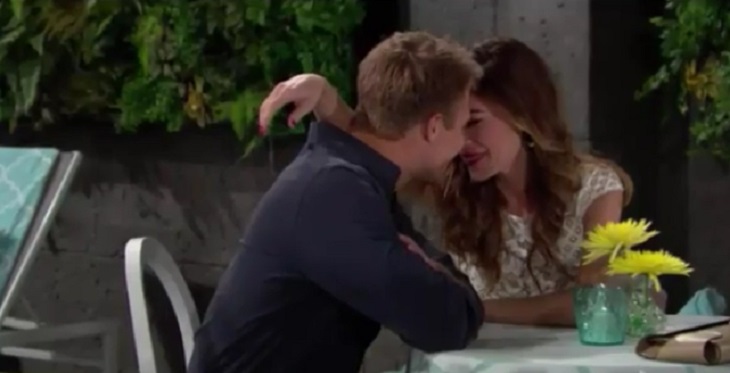 At the pool bar, Billy spots Travis and Victoria enjoying themselves. He makes a snide remark about Victoria not being at work or with the kids. Victoria suggests Billy is the one who changed his plans. He opted out of spending time with the children, so Victoria thinks this is about the fact that she found someone new.

Nick hears the crisis news and decides to call Travis. He guesses that’s who Victoria is with. Luca gripes about Victoria hanging out with Travis when she should be focused on the company. Nick makes the call and Travis hands the phone to Victoria. She finds out what’s up and takes off. Billy takes verbal jabs at Victoria’s new beau, but Travis wants to be civil. Billy isn’t interested in getting along.

Meredith also finds Adam at the pool bar and says she won’t be testifying after all. Adam is puzzled about why she decided against it. In prison, Adam tries to get to the bottom of Victor’s plan. Vic insists he’s going to take the stand and defend himself against Ian’s claims. Adam figures Victor has a partner who’s been helping him out.

Adam whips out a video of Connor and plays it for Victor. He reminds Victor that Connor loves his dad. Adam feels like Victor has pushed his whole family away. Victor tells Adam to get out. As Adam leaves, he hints that he intends to discover who Victor’s minion is.

Later, Victor uses Meredith’s phone to call his secret partner. He needs her to do one final act for him. At the penthouse, Adam returns home and erupts. Chelsea is stunned when Adam throws his glass against the wall. He shouts that he hopes Victor dies in prison. 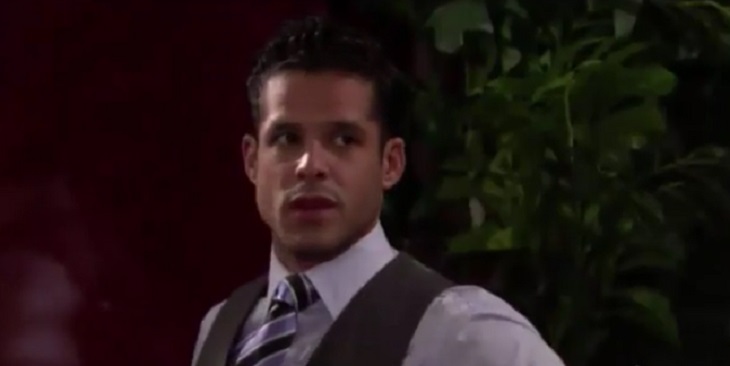 Other “Young and the Restless” spoilers say Victoria will get into an argument with Luca. At Newman, Victoria learns more info on the latest oil leak. Nick, Summer and Luca feel like someone is trying to sabotage them.

Victor is the obvious suspect, but Luca implies that it might be Travis. Victoria lashes out at Luca, but eventually worries there could be some truth to the idea. Luca intends on speaking with Travis and clearing this up. He eventually enters Hank’s bar and prepares for a tense chat.

At the athletic club, Jack (Peter Bergman) talks to Phyllis about a mess he had to deal with yesterday. He laments that good people sometimes do bad things. Phyllis understands and doesn’t need to know the details. Jack is grateful for Phyllis’ support.

Billy shows up as Jack asks about Phyllis’ time out of town. Jack hopes Phyllis squeezed in some pleasure on her business trip. Billy leaves and thinks about Phyllis at home. Jack wants to take the day to catch up with Phyllis, but she can’t. Phyllis blames it on work. Y&R rumors hint that Phyllis’ lies will come back to haunt her down the road. Stay tuned to see the trouble that’s headed Phyllis and Billy’s way.