‘The Young and the Restless’ Spoilers Wednesday July 13: Adam Makes Deal with Victor – Phyllis Moves Out Of Jacks – Dylan’s New Tip Leads Him To Evidence 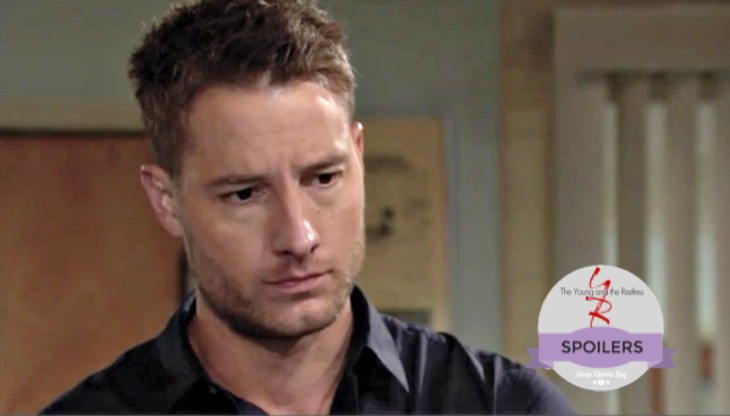 “The Young and the Restless” spoilers for Wednesday, July 13, tease that Victoria (Amelia Heinle) will try to wrap her head around Travis’ (Michael Roark) offer. At Hank’s bar, Travis urges Victoria to set sail with him for a few months. He wants to get to know Victoria and her kids a little better. Victoria says she’ll think about it.

Later, Victoria chats with Billy (Jason Thompson) at Crimson Lights. He talks about his love for their children. Billy wants to be a good father and he doesn’t want to miss all of their significant milestones.

Victoria heads back to Hank’s and reveals that she can’t accept Travis’ offer. He says he’s already found a buyer for the bar, so he’s going alone. Travis professes his love for Victoria, but admits he doesn’t want to hang around Genoa City. He says this is goodbye, but asks Victoria to save a dance for him in case he comes back someday.

Billy brings the kids home and Victoria pops in. They begin painting the mansion. Meanwhile, Phyllis (Gina Tognoni) gives Jack (Peter Bergman) a tearful confession. She talks about how much stress she’s been under. Jack rants about Victor (Eric Braeden) and apologizes for not being there enough. 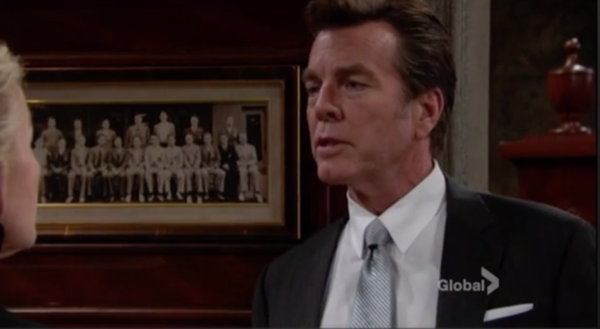 Phyllis insists she’s at fault. She says she’s going to get a suite and take a break from their marriage. Phyllis lets Jack know that she’s sorry, but Jack doesn’t think she’s to blame for anything. 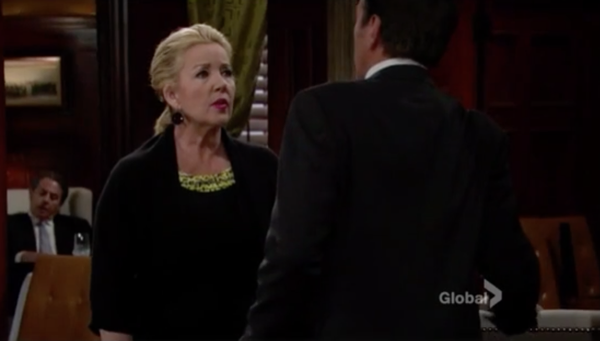 Later, Jack bumps into Nikki (Melody Thomas Scott) and angrily insists that Victor is partially responsible for his marital problems. He says Phyllis moved out.

Upstairs, Phyllis has an emotional meltdown. She chucks her phone against the wall. It seems Phyllis just doesn’t know how to cope with all of this.

Other “Young and the Restless” spoilers say Adam (Justin Hartley) will have to make a difficult decision. At the penthouse, Adam informs Chelsea (Melissa Claire Egan) that he’s taking Victor’s deal. Chelsea thinks it’s the best move for their family’s future. 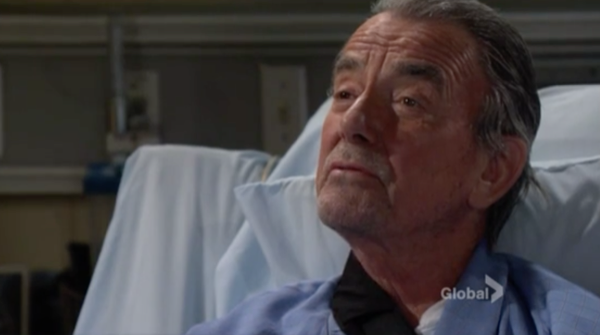 At the hospital, Nikki mulls over Victor’s appeal. She says Abby (Melissa Ordway) is offering her support, but Phyllis obviously isn’t interested. Victor thinks it’s crucial for Adam to be on board. He’s sure his son will step up.

Nikki exits and runs into Adam in the hall. She starts talking about Victor’s appeal, but Adam is more concerned about his own legal troubles. Adam heads into Victor’s room and announces that his father has won. Adam says he’ll come back to Newman Enterprises and work with Victor. He’ll commit to Vic completely. Victor hints that the real journal entries may resurface just in time for the trial.

Adam storms out and spots Victoria. She wants Adam to support the appeal and he unenthusiastically agrees. Victoria visits Victor and they discuss how things will go at the company moving forward. Victor states that he’ll resume his duties as CEO once he’s released. Victoria seems OK with that. She gives Victor a kiss and departs. A woman shows up in scrubs and Victor wonders what she’s doing there.

Dylan (Steve Burton) receives a tip about Adam’s case and relays the news to Chelsea. When Adam comes home, he gripes about the deal he made. Victor didn’t really promise to exonerate him. Chelsea says Dylan called her about a tip. She wonders if Victor is already keeping his end of the bargain.

Elsewhere, Dylan finds a locker and opens it with gloves on. A large envelope is inside. Unfortunately, it looks like the contents may not help Adam. There’s a chance Chloe (Elizabeth Hendrickson) could be behind this clue instead of Victor.

Y&R rumors hint that Adam will have a tough time getting out of his latest jam. Things are about to get pretty chaotic. Stick with the CBS soap for updates on the mayhem ahead.