‘The Young And The Restless’ Interview: Joshua Morrow Talks About Sage’s Death – What’s Next For Nick Newman 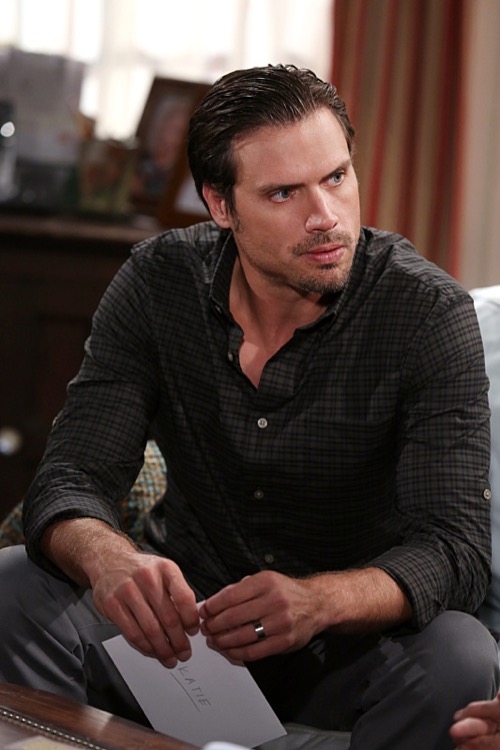 ‘The Young and the Restless’ Joshua Morrow [Nick Newman] was completely caught off-guard when Sage [Kelly Sullivan] died in a car accident. Apparently Joshua wasn’t even aware that the writers had been discussing killing off Sage let alone doing it.

Joshua was not at all happy when he found out what was going to happen. In a recent interview with CBS Soaps in Depth available on newsstands now, Joshua revealed, “I didn’t feel it like it was really necessary, but they don’t pay me to write the show or come up with the story.”

Kelly is a good friend of Joshua’s and it truly saddened him that they would no longer be working together. What happens next for Nick? Right now ‘The Young and the Restless’ fans are seeing a dark side to Nick that they haven’t seen since Cassie [Camryn Grimes] death, also in a tragic car accident.

Will Nick become jaded, hardened, more like his father Victor [Eric Braeden]? Nick’s grief has overwhelmed him and he is not sure where he can turn. Nick knows Sharon [Sharon Case] is keeping something from him but Nick isn’t sure just what Sharon is hiding.

Life is a little bit lonely for Genoa City’s most eligible bachelor. At least Nick has his children Faith [Alyvia Alyn Lind], Summer [Hunter King] and Noah [Robert Adams] to keep an eye on him.

Is it possible that Nick and Sharon are headed for a reunion? Nick’s other ex-wife, Phyllis Abbott [Gina Tognoni] is wrapped up in an affair with Billy Abbott [Jason Thompson]. It doesn’t look as if Phyllis is a romantic option for Nick like she was when Cassie died.

What do you think ‘The Young and the Restless’ viewers? Do you want Nick and Sharon back together or has their romance run its course. There is a new girl in town, Bethany Bryant [Chrishell Strause] who might make an interesting love match for Nick. We’ll just need to wait and see where the writers take Nick on his journey.

‘General Hospital’ JaSam – Where do Sam and Jason Go From Here?

‘The Young and The Restless’ POLL: Will Sage’s REAL Diary Expose Adam’s Paternity Or Even More? VOTE!