‘The Young and The Restless’ POLL: Will Sage’s REAL Diary Expose Adam’s Paternity Or Even More? VOTE! 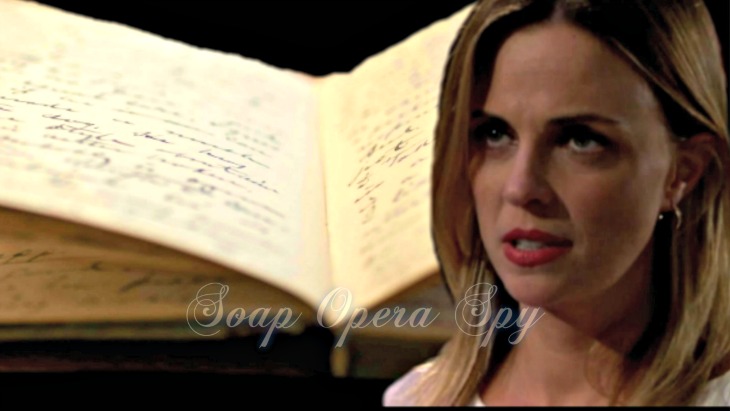 Last week, on ‘The Young and the Restless’, Victor (Eric Braeden) cryptically told Adam (Justin Hartley) that the pages of Sage’s (Kelly Sullivan) real journal would soon be revealed. While not directly admitting that he paid a forger to frame Adam via a faux diary, Victor’s declarative statement opened some plot doors. One of them enables the possibility that Sage’s handwriting confirms Adam’s paternity as Christian’s father. Another would expose a deeper secret.

Adam and Chelsea (Melissa Claire Egan) were frightened that Sage’s journal would expose who Christian’s biological father was. Their fears were allayed when nothing was written that fingered Adam as his dad. However, unexpected information transformed Constance Bingham’s (Sally Kellerman) natural death into her murder at Adam’s hands on ‘The Young and the Restless’. That type of absurd statement didn’t seem like something Sage would think, let alone write. That’s why Adam believes his father hired someone to forge Sage’s handwriting and frame him for a crime he didn’t commit.

Daytime dramas employ staged reveals for an understandable reason. It’s surely challenging for writing staffs to be tasked with creating content five days a week year-round. So, whenever concealed information is teased viewers know that such knowledge is likely to be revealed in stages. First, one character is enlightened and then others become aware, as stretched resolutions play out on ‘The Young and the Restless’ and on other soaps.

On this steamer, Victor told Adam that Sage’s real journal pages would soon be found. At the same time he offered his son a slanted deal that was intended to force him back to work at Newman Enterprises. It was implied that the evidence to clear his name will miraculously appear after Adam agrees to crawl, once again, under his father’s corporate thumb. But, does Victor hold a second card that he didn’t show?

It be doubly damning if Victor was aware that Sage’s real journal pages also documented her child’s paternity. That explosive information wouldn’t touch the fact that Christian is actually Sully, a potent point Sage learned just prior to her death. Yet, it’s possible that she also opted to put pen to paper before confronting Sharon (Sharon Case) as well. And thus at least one staged reveal path has been set.

What do fans of ‘The Young and the Restless’ think? Does Sage’s real diary confirm Adam’s paternity, or more? Vote in our poll below!

‘The Young And The Restless’ Interview: Joshua Morrow Talks About Sage’s Death – What’s Next For Nick Newman

‘The Bold and the Beautiful’ POLL: Who Should Get Custody of Will, Bill Or Katie? VOTE!