‘The Young and The Restless’ Spoilers: Victoria Will Always Love Billy But Seeks Stability With Travis 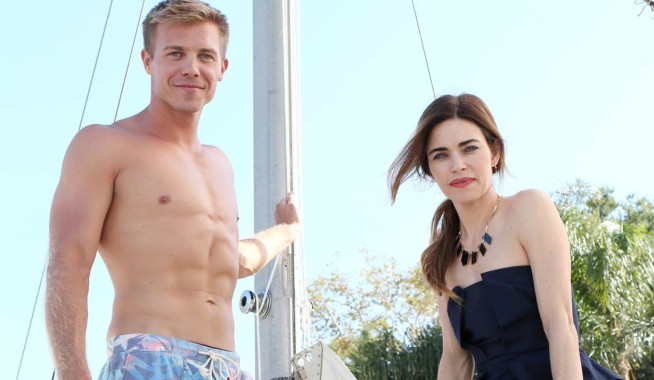 Love motivates people on ‘The Young and the Restless’, just as it does in the real world. Vickie (Amelia Heinle) doesn’t deny that she will always love Billy (Jason Thompson), maybe more than anyone else. However, her willingness to travel a great distance and track Travis (Michael Roark) down indicates that she’s purposefully trying to catch someone who’s the opposite of Billy.

‘Villy’ was often in turmoil, mostly because Billy couldn’t, or wouldn’t, control his various addictions. Victor (Eric Braeden) hates Billy-Boy for many reasons. One of them is because he’s Jack’s (Peter Bergman) brother. Another is that he consistently wreaks havoc in his daughter’s life. While this particular father doesn’t always know best, it’s impossible to argue against the ‘Moustache’ in this instance.

And, yes an aside to the audience was implied above. As viewers of ‘The Young and the Restless’ recall, ‘Villy’s’ home was created an homage to the Anderson’s residence on the classic 1950’s TV series ‘Father Knows Best’, which starred Robert Young, Jane Wyatt, Elinor Donahue, Billy Gray and Lauren Chapin as the Anderson family. Donahue famously guest starred as ‘Judge Anderson’, a friend of Nikki’s (Melody Thomas Scott) who was asked to marry ‘Villy’ on Y&R in 2010.

Travis’ persona is vastly different than Billy’s. Travis is responsible, whereas Billy is wild. Travis offers a sense of tranquility. Billy invents fireworks year-round on ‘The Young and the Restless’.

Call it maturity, or choosing to move in a new direction, but Vickie’s attraction to Travis is a stark departure from continued pursuits of Billy. It’s true that they share two children and will always share a deep bond. But, the allure of ‘Trilly’ goes well beyond its newness.

Vickie has been seeking stability for years. She’s routinely convinced herself that she can fix Billy, or at least make him more stable. But, that approach hasn’t worked and likely never will. Her instincts are sharp and consider that she doesn’t even know about his relationship with Phyllis (Gina Tognoni). So, as this arc plays out, fans will be watching to see if Vickie can catch a fish who’s the opposite of Billy in the sea.

‘The Young and the Restless’ POLL: Who Has the Absolute Worst Behavior On Y&R? VOTE!