‘The Young and the Restless’ Spoilers Tuesday May 31: Elise Moxley Is Adam’s Judge – Nick Denies Adam’s Request – Billy and Victoria Fight Over Luca 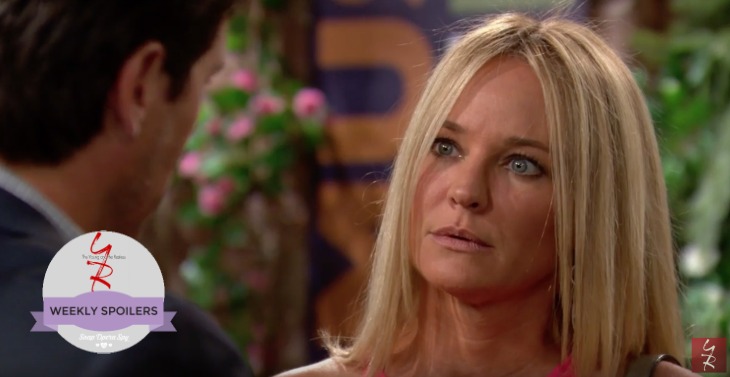 “The Young and the Restless” spoilers for Tuesday, May 31, tease that Faith (Alyvia Alyn Lind) will be concerned by what she heard while eavesdropping. At Sharon’s (Sharon Case) place, Faith wonders what Sharon meant when she said, “I can’t lose my baby.” Faith worries Sully is going to heaven like Christian and Sage (Kelly Sullivan).

Dylan (Steve Burton) arrives and Faith tells him her fears. He asks Sharon what’s up and she fibs that she was referring to Cassie (Camryn Grimes). Sharon announces that it’s time for Faith to go see Nick (Joshua Morrow). 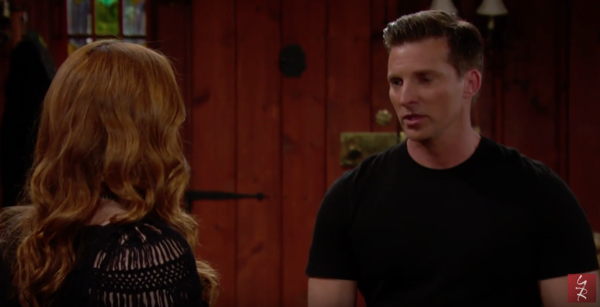 Once they’re gone, Dylan wonders if Mariah (Camryn Grimes) knows what’s going on with Sharon. Mariah suggests that Sharon has just been emotional over Cassie lately. Dylan wants Mariah to keep him posted. He’s glad Sharon has Mariah to lean on for support. 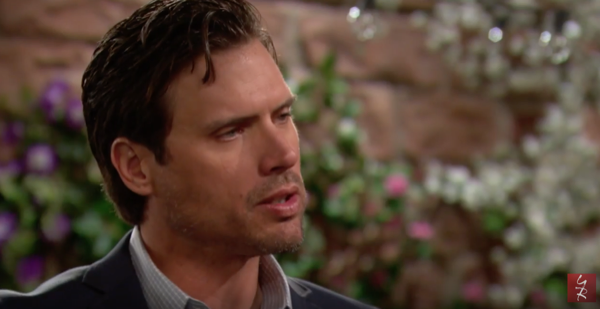 Meanwhile, Nick refuses to help Adam (Justin Hartley). He won’t allow Constance’s (Sally Kellerman) body to be exhumed again. Nick is tired of Sage’s private thoughts being combed through and he’s just ready to put an end to this mess.

After Nick leaves, Chelsea (Melissa Claire Egan) urges Adam to tell him the truth about Christian’s paternity. Adam doesn’t want to do that to Sage, but Chelsea thinks they’re running out of options. Adam feels like there has to be another way.

Michael (Christian LeBlanc) calls and gives them updates on the trial. It’s coming up soon and Elise Moxley (Jensen Buchanan) will serve as the judge. Chelsea revisits the idea of going on the run, but Adam insists on sticking around to prove his innocence.

At the park, Faith skips over to get some ice cream while Sharon and Nick chat. Nick wonders if it’s a sin to keep secrets when someone else is suffering. Sharon nervously replies that sometimes secrets should stay buried. Nick explains the situation with Adam. He admits that he doesn’t know if Adam is innocent or guilty, but he has doubts about whether or not Sage would keep something that big from him.

Later, Dylan takes a picture of Nick and Faith at the daddy-daughter dance. They discuss the news of Adam’s upcoming trial. Nick is grateful that Dylan is there for Sharon and Faith right now. He has a lot on his plate, so Dylan has been helpful.

Elsewhere, Noah (Robert Adamson) tells Summer (Hunter King) about Luca’s (Miles Gaston Villanueva) latest lie. He says he didn’t talk to Victoria (Amelia Heinle) about the oil spill and she didn’t give Luca instructions. Summer accuses Noah of being envious of her success at the company.

Marisa (Sofia Pernas) comes in and Noah tells her what happened. She feels like Luca’s lies will eventually catch up with him. At Newman Enterprises, Billy (Jason Thompson) argues with Victoria about whether Luca is helping or hurting. Victoria indicates that Luca has become a valuable team player, but Billy thinks he’s setting her up for failure. He’s also taking advantage of Summer. 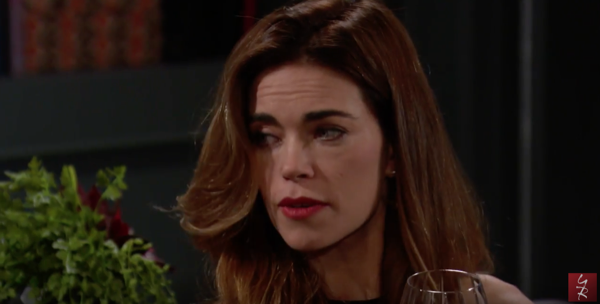 Victoria makes it clear that Billy is out of line. Billy makes comments about the oil rig and Victoria figures out that he hacked into the computer system. He admits that Natalie (Mara McCaffray) helped him. Victoria lies about Luca calling her right after she left Billy’s house. She implies that she gave Luca orders.

Billy takes a call about Johnny, who’s suddenly become ill. Victoria and Billy head off to see him. Summer shows up to confront Luca about lying to her. He replies that all he wants to do is help Summer. Luca reminds her that Victoria backed him up. He asks if Summer thinks she’s lying, too.

Summer says she’s sorry and Luca explains that there’s a lot of resentment going around. He claims that Billy and Noah don’t like the fact that Victoria is starting to trust him. Summer gives Luca a hug and he gazes at Victor’s (Eric Braeden) portrait. 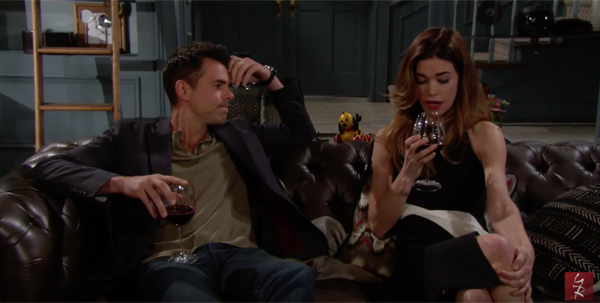 Other “Young and the Restless” spoilers reveal that Billy and Victoria will have a conversation about their new love interests. After putting Johnny to bed, they grill each other over wine. Billy teases that he’s dating a rich model and an ex-Navy Seal. Victoria jokes that she’s seeing a rodeo cowboy. She gets up to leave, but the wine hits her. Victoria wobbles and Billy won’t let her go. 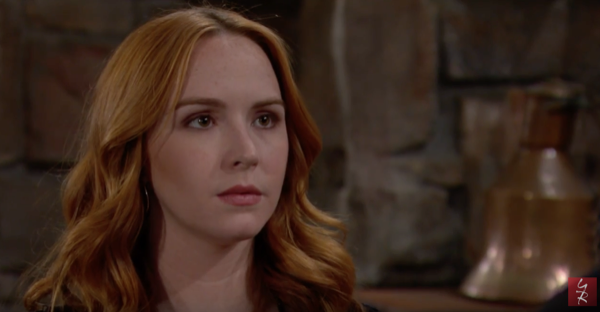 Back at Sharon’s place, Mariah is outraged about having to lie. She hates this, but she confirms that won’t hurt Sharon and Dylan by telling Nick the truth. Y&R rumors hint that the secret is safe for now, but it’s destined to explode down the road. Stick with the CBS soap to see what the future holds.

‘Days of Our Lives’ Spoilers: Chad Numbs His Pain with Booze – Joey Steals from a Souvenir Shop – Fynn Consoles and Kisses Distraught Kayla