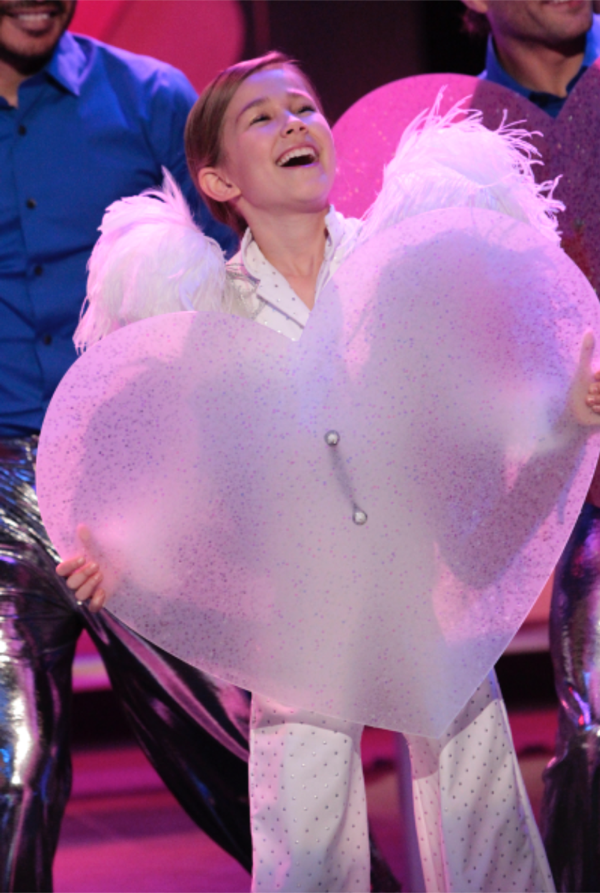 It was “nurses ball” week on GH and it’s an event that I always look forward to. The cause is real, the performers are usually great, and it takes us all out of the drudgery that is (fictional) “real” life for a little while. I enjoy seeing other sides of our favorite characters and the nurses ball is a great way to showcase their other talents.

That said, this week we’re going to steer clear of the gloomy performances and focus instead on the talented performers, and what I enjoyed – and what I didn’t.

Did the audience for this ball seem sparse to you? Remember back in the day when the audience was big, the venue was grand, and you actually felt like you were at an event? GH is really cheapening out on the details these days.

The MIA list for this event was astounding. Alexis made such a big deal of going out with Diane to get her nails done for the Ball, but was apparently a no-show. No Alexis, no Nancy Grahn. Diane made one small appearance, just to serve Jason. I don’t recall seeing her after that. Where were Kristina and Molly? Where was Monica? It’s her hospital now. There’s a whole wing dedicated to the research and treatment of HIV/AIDS at GH. You’d think Monica would pop by to talk about progress, or funding, or something. Where in the world is Liz stowing Cam and Aiden? How odd that Jake was tagged to perform but his brothers weren’t. Nor did they show up to support him. Why would Mac and Felicia sit in the parking lot waiting for Emma instead of attending the ball? Is that a Mr. Marbles backlash? I could go on but you get the gist.

Kiki: BEST DRESSED. No competition there.

Liz and Hayden arriving wearing identical dresses: Either Hayden buys off the rack, or Liz doesn’t.

I didn’t enjoy the opening number, but then I rarely do. It was nice to see Bobbie included, and those throwback nurses caps were a cute touch.

Ned and Emma: I am not sure how her and Ned were able to rehearse their number with her out in California and apparently arriving just before the ball, but I don’t care. It was fun and cute! Brooklyn Rae Silzer is adorable and any time she wants to come by and sing for us, I’ll happily watch.

Jake and Franco: I’m not a fan of child actors. Most of them are so obviously acting that it’s just painful to watch. The original Jake proves my point. Not so Emma, and now I’m adding little Hudson West to that short list. His wide-eyed fear when he took the stage was very cute and when he and Franco quacked their way into his number, I was hooked. Not only is Hudson a cutie, but he can sing too! He and Roger Howarth make a great team. I hope Liz doesn’t allow Jason to break up the act.

Dillion and Kiki: I didn’t know that either of them can sing, but that’s part of the fun of the ball for me. Being surprised by the talents we don’t, as a rule, see. It was a fun number and those two have mad chem!

Magic Milo and the Wands: I wanted to love them. They’ve become a staple. I didn’t. I’m still amazed by how fast Father/Doctor Munro learned the routine. :rolling eyes:

The final number: I don’t like Amy. I don’t like anything about Amy. Every time she is on I think of the performer they could have used instead of giving her airtime. I didn’t mind her here though. It was a nice – though puzzling way – to bring Sabrina back into the fold. We also got bonus Epiphany. I liked it.

Robin’s speech: Short but sweet. Stone’s been dead for 21 years?! Who else was waiting for Jason to come up and walk her off the stage?

Anna and Duke tango: A few words from Robin, and Anna’s ready to say goodbye? The tango was nice though. Very D & A. I wonder why the writers do this kind of thing. It won’t be long before we find out that Duke isn’t really dead. No one of any importance ever actually dies in Port Chuck. It’s just a matter of time. It was nice seeing Duke again, though.

Bummer that Kathleen Gati’s Dr. Obrecht didn’t get a chance to perform.

Now they’ll pick up the threads – perhaps – of the mini-dramas they sprinkled into the ball. Will Lucas live or die? Did Nic fake his own fall to set Hayden up – and caught Jason in his trap instead – or is there something genuinely sinister at play here? Will Alexis hand over the evidence to Diane and bring Julian down once and for all?

‘The Young and the Restless’ Spoilers Tuesday May 31: Elise Moxley Is Adam’s Judge – Nick Denies Adam’s Request – Billy and Victoria Fight Over Luca