‘The Young And The Restless’ Spoilers Week Of May 23-27: Billy Can’t Live Without Phyllis, Hilary Blackmails Lily, Sharon Fears Nick Will Uncover The Truth 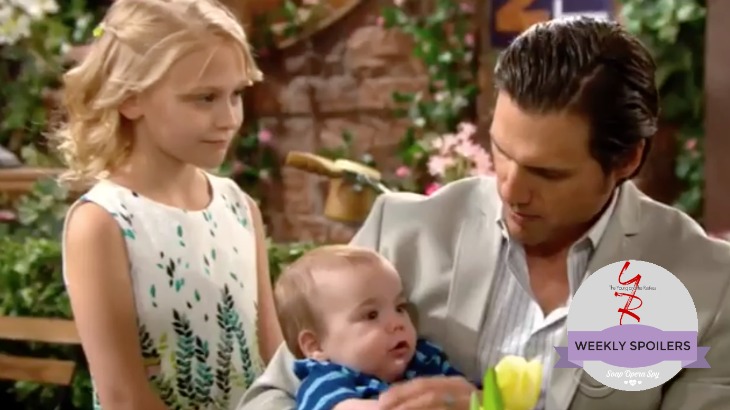 ‘The Young and the Restless’ (Y&R) weekly spoiler video teases that there will be even more betrayal, baby drama and backstabbing going on in Genoa City beginning Monday, May 23. Expect to see Billy Abbott [Jason Thompson] and Phyllis Abbott [Gina Tognoni] to continue their affair. But, there’s more.

Hilary Hamilton [Mishael Morgan] is on to Billy and Phyllis and is ready to tell all to Jack Abbott [Peter Bergman]. But that’s not going to stop Billy from professing his undying passion for Phyllis. “I’m starting to think I can’t live without you” Billy tells Phyllis in the ‘Y&R’ spoiler promo. Looks as if Phyllis can’t live without Billy either because she happily jumps back into bed with her brother-in-law.

Adam Newman [Justin Hartley] will reveal to Victoria Newman [Amelia Heinle] that he is facing trumped up murder charges. Spoilers indicate that Adam will be arrested by Dylan McAvoy [Steve Burton] for the murder of Constance Bingham [Sally Kellerman].

Not only is Hilary involved in Phyllis and Billy’s business, her mission to take down Lily Ashby [Christel Khalil] continues. Devon Hamilton [Bryton James] encounters his sister at the bar of the GCAC and asks her if everything is okay. It won’t take long for Lily to let Devon know that his wife is blackmailing her. “Does that sound okay to you?” Lily asks Devon.

No day in Genoa City would be complete without baby drama. As Nick Newman [Joshua Morrow] sits in the park holding Sully/Christian, Dylan tells Sharon Newman [Sharon Case] that it devastates him to see Nick holding “our son.” And of course Sharon is petrified everyone is going to find out the truth and that she may not have known from the beginning, but she has known since just before Sage Newman’s [Kelly Sullivan] death.

“The Young and the Restless” spoiler teaser for the week of May 23-27 warns, “Spring fever has arrived! Expect an increase in betrayal, backstabbing and baby drama!”

‘The Bold And The Beautiful’ Spoiler Week of May 23-27: Nicole Devastated By Zende’s Revelations – Quinn Begs Liam Not To Send Her To Prison