‘The Bold And The Beautiful’ Spoilers: Bill Seeks Revenge Against Quinn, Wyatt Goes To Bat For His Mom, Liam Decides Quinn’s Fate? 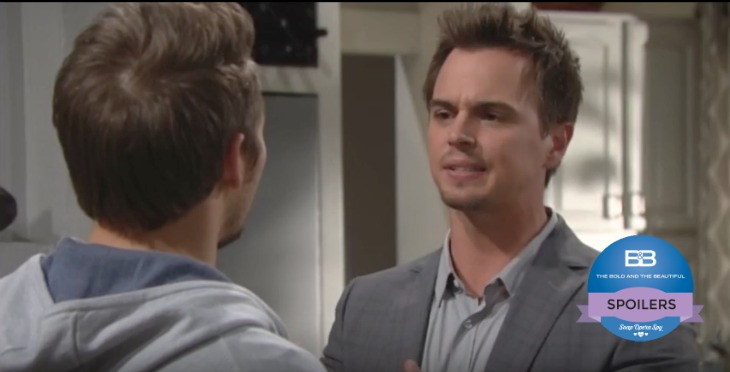 “The Bold and the Beautiful (B&B)” spoilers tease big action is ahead for Wyatt (Darin Brooks), Liam (Scott Clifton), and Bill Spencer (Don Diamont). Soap Opera Digest reports that Wyatt visits his mother, Quinn Fuller (Rena Sofer) in jail, and she convinces him to help her avoid a hefty prison sentence. Wyatt realizes that his biggest problem with helping his mother avoid jail is not Liam, but his father, Bill. His papa has been pretty vocal about Quinn and believes she deserves to spend a long time in prison.

Quinn tells Wyatt that she has genuine feelings for Liam, as hard as it is for him to understand, “The Bold and the Beautiful” spoilers state. Wyatt cannot comprehend it, and questions how she could do this to anyone, let alone his brother. The more Quinn talked about how she developed feelings for Liam, the more Wyatt starts to believe her. He has never seen Quinn so giddy, and he realizes that Liam was good for her—he made her want to be a better person. Now that Wyatt actually believes her, what’s next for Quinn?

Wyatt tries to talk to Bill, which doesn’t go as well as he had hoped. Bill shut down any possible assumptions that they should go easy on Quinn and told him that he intends to make sure that his mother pays dearly for kidnapping and holding Liam for all those months.

“The Bold and the Beautiful” spoilers hint that Wyatt may have better luck with Liam. According to “B&B” spoilers, Wyatt decides not to bring up the kidnapping or anything that transpired while they were at the cabin. He tells him, “Look we both want her to get the help she needs, so this sort of thing never happens again. There is no way she’ll get the therapy and help she needs while incarcerated.”

Wyatt soon realizes that Liam is pretty hurt by what Quinn did to him, and it all centers around her lie that they were married. Will Liam help Quinn stay out of prison?  At this point, it’s anyone’s guess what will happen next.

Don’t forget to come back later for more juicy “Bold and the Beautiful (B&B)” spoilers, news, and updates. And, drop a comment below, and tell us what you think Liam should do about Quinn.