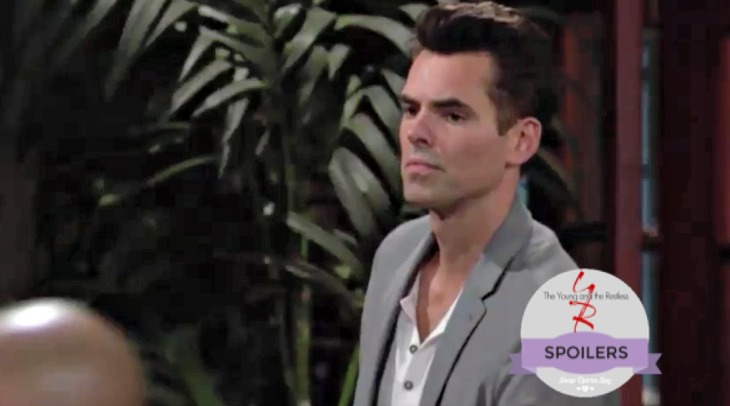 “The Young and the Restless” spoilers for Tuesday, June 28, tease that Ashley (Eileen Davidson) and Phyllis (Gina Tognoni) will have a brief chat. At the athletic club, Ashley mentions that Jack’s (Peter Bergman) birthday is tomorrow. Phyllis admits she forgot about it. Ashley thinks Phyllis should take Jack to the Abbott cabin for a romantic getaway.

At the pool bar, Hilary (Mishael Morgan) catches up with Jack and offers her gratitude. She’s glad Jack convinced her to stay in Genoa City. Hilary mentions celebrating Jack’s birthday with him and he confesses that nothing else is planned. 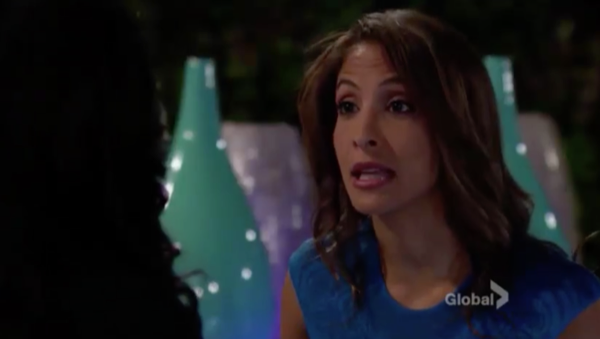 Once Jack wanders off, Lily (Christel Khalil) scolds Hilary for making another move on Jack. Lily suggests that Devon (Bryton James) should leave her. Hilary pipes up that she already walked out on him. Lily urges her back her bags and Hilary fires back with some insults. 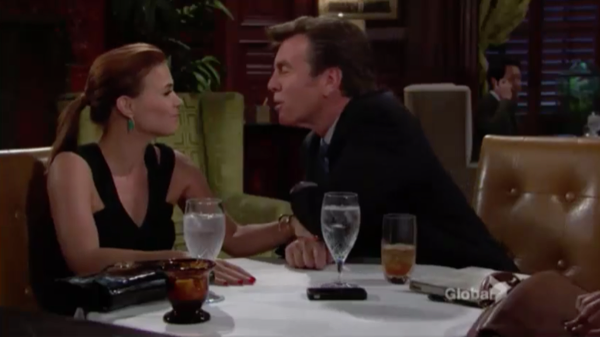 Jack meets up with Phyllis downstairs and Ashley mentions the cabin idea again. Phyllis seems somewhat hesitant, but Jack is thrilled. They plan on heading there tomorrow, but Jack says he’ll have to return early. He wants to be back in time for Adam’s (Justin Hartley) trial.

Ashley gives Billy (Jason Thompson) updates on Phyllis and Jack’s getaway. He speaks with Phyllis privately and asks her to back out. Billy can’t stand the thought of Jack taking Phyllis away for romance. Phyllis thinks Billy is asking too much from her. She insists on going with Jack for his birthday. 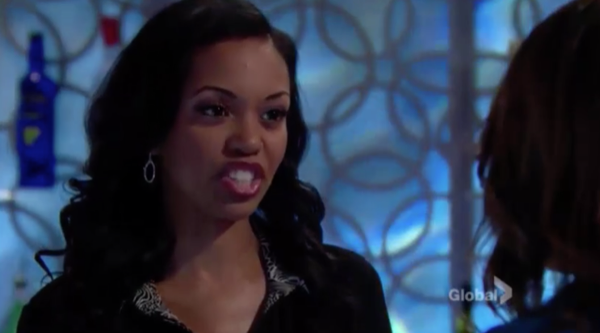 Later, Hilary tells Jack about her tiff with Lily. She touches his hand tenderly. Jack suddenly seems a little uncomfortable. He starts talking about his trip with Phyllis. Elsewhere, Lily fills Ashley in on her confrontation with Hilary and offers a warning about Jack.

Mariah mentions some tips the therapist offered, but Sharon isn’t interested in hypnosis or meditation. When Mariah keeps pestering, Sharon shouts that she wants to be left alone. Mariah seems surprised by the outburst. Sharon is apologetic, but Mariah worries that she’s not taking her meds.

At Crimson Lights, Kevin (Greg Rikaart) grills Natalie about where she was at the time of the prison visit. Natalie says she’s innocent. She wouldn’t have helped Kevin get the security footage if she had something to hide. Kevin thinks Natalie should look for more footage. They need to get a closer look at the woman visiting Victor (Eric Braeden). 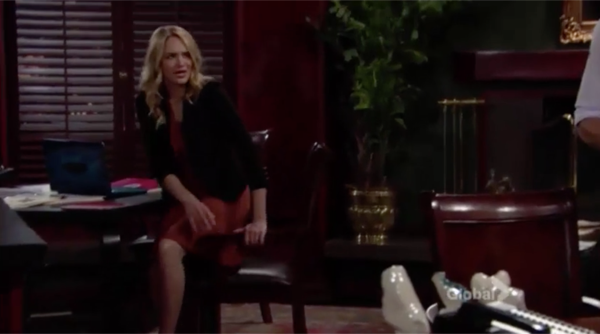 Other “Young and the Restless” spoilers say Luca (Miles Gaston Villanueva) and Summer (Hunter King) will stand by the idea that Travis (Michael Roark) sabotaged the company. At Newman Enterprises, Victoria (Amelia Heinle) insists that Travis isn’t to blame. Luca brings up the punch, but Victoria says Travis only hit him because of his trash-talking. 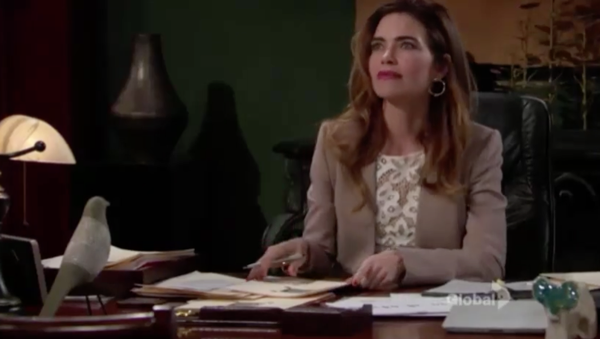 Summer is shocked by Luca’s string of putdowns. Luca hints that Travis blew it out of proportion. Kevin shows up and states that they don’t know who the culprit is yet. Nick bursts in and suggests Kevin is covering for Natalie. Victoria doesn’t believe Victor would work with Natalie since she double-crossed him in the past.

Natalie arrives with more proof of her innocence. She found other visits and she can account for her whereabouts during those times. Natalie admits that she hacked the system for Billy, but that was the only time. They all conclude that someone else must be responsible. Luca pipes up that he can work with Summer. They’ll find out who’s behind this. Summer seems wary of Luca’s agenda.

Later, Victoria confronts Billy about sabotaging her company through the oil leaks. Billy is appalled that Victoria would even suggest it. He says he used Natalie to get info, but his motives were pure. Victoria isn’t certain of that. Billy is outraged that Victoria believes Travis instead of him.

Nick drops back by Sharon’s place to announce that Natalie wasn’t the guilty party. Sharon goes upstairs with Sully and Mariah talks to Nick. She claims Sharon is taking her medications. Meanwhile, Hilary notes that owns the club property right along with Devon. She tells Lily she’s throwing her out as soon as she gets the deed.

It looks like Hilary’s reign of terror is far from over. Her relapse could mean bad news for her manipulative plans. Y&R rumors hint that some unexpected blows could be headed Hilary’s way. Stick with the CBS soap to watch the drama unfold.