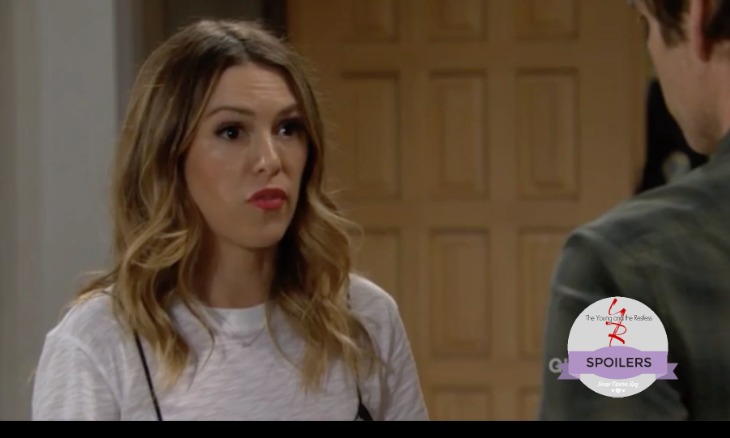 “The Young and the Restless” spoilers for Tuesday, August 30, tease that Summer (Hunter King) will continue to fret about Luca (Miles Gaston Villanueva) and how wrong she was. At Summer’s apartment, Jack (Peter Bergman) and Nick (Joshua Morrow) offer their support. Talk turns to Adam’s (Justin Hartley) escape and Victor’s (Eric Braeden) possible involvement.

Jack still can’t reach Phyllis (Gina Tognoni), so he stays by Summer’s side while Nick heads over to Chelsea’s (Melissa Claire Egan) place. At Jabot, Billy (Jason Thompson) grills Phyllis about Jill’s (Jess Walton) blackmail. Phyllis explains everything and Billy assures her that he’ll take care of it.

When Phyllis suggests that Jill could destroy her marriage, Billy thinks they should let her. He still wants to be together and asks Phyllis if she wants that, too. Phyllis finally sees a message from Jack and rushes off to see Summer.

At the mansion, Jill suspects Colin (Tristan Rogers) is up to something when he supplies some treats and sweet talk. She chuckles at his failed attempt to play innocent. Colin just wants to know what Jill is up to.

After some badgering, Jill says she’ll answer one question. Colin asks what Jill is holding over Billy’s head and she assures him that she isn’t blackmailing her son. Jill leaves the room and Billy arrives. He makes some smart remarks, but Colin hints about being helpful.

Billy seems wary when Colin claims he can get Jill to leave town for a price. Jill returns and Billy heads off to check on the children. Colin revisits the blackmail discussion. He still believes Jill has a secret. She may not be holding something over Billy, but she’s certainly got dirt on someone.

Back at Summer’s apartment, Phyllis arrives and comforts her daughter. Summer is grateful that Jack showed up to save the day. She sighs about Luca and her other failures in love. Summer hopes that she can have what Jack and Phyllis have someday.

Later, Phyllis tells Jack that she missed his messages because her phone was on silent. A call comes in from Billy and Phyllis lies about who it is. When Jack wanders off, Phyllis tells Billy that he’ll have to wait. She has to be there for Summer. 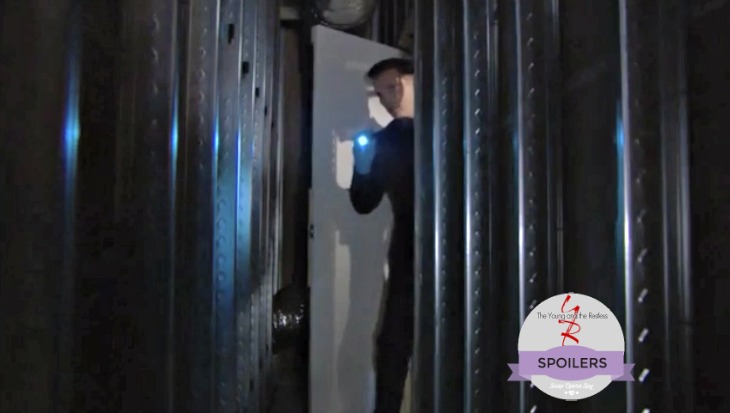 Other “Young and the Restless” spoilers say Dylan (Steve Burton) will learn some shocking news. At the penthouse, Dylan discovers that Chelsea had a secret passageway in her closet. He checks it out and reenters the penthouse through the front door. Kevin (Greg Rikaart) and Chloe (Elizabeth Hendrickson) are stunned when they get updates on the tunnel.

Nick shows up and gets filled in. He urges Dylan to overlook what he’s learned. Nick believes Dylan is the only way Adam can keep what matters most to him in life. Meanwhile, Adam chats with Chelsea at the secluded cabin. He’s concerned about living their lives on the run. Connor (Gunner and Ryder) will inevitably learn the truth when he’s old enough to go online.

Chelsea reminds Adam that they’re doing all of this because they love Connor. Adam reaffirms his love for Chelsea and they have sex. After they fall asleep, Chelsea has a terrible dream about Dylan marching in with a team of cops. She wakes up startled after Dylan pulls her out of bed.

It sounds like Chelsea’s fears are growing. Will she soon face a real-life nightmare? Y&R rumors hint that big trouble is coming up. Stick with the CBS soap to see what’s next for Adam and Chelsea.

‘The Bold and the Beautiful’ Spoilers: Liam Determined to Get Steffy Out of Marriage – Quinn Faces Hostility, Hopes to Prove She’s Changed