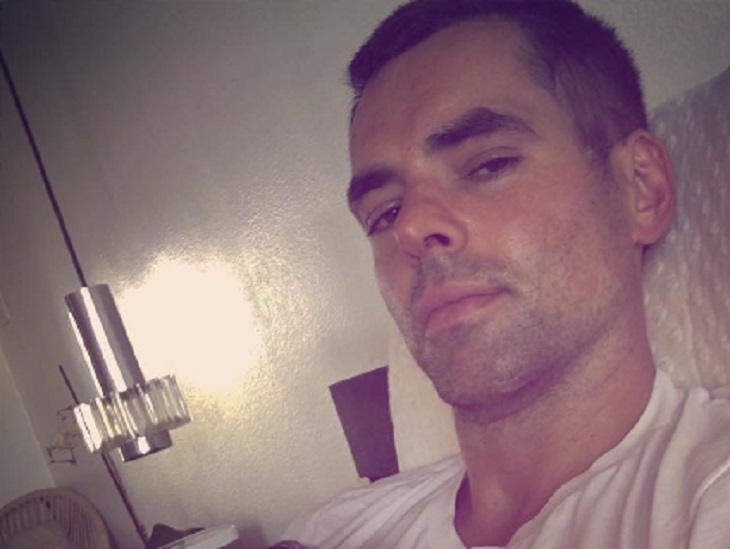 “The Young and the Restless” star Jason Thompson (Billy Abbott) was among good company this weekend at FYF Fest, the Coachella-alternative music festival held at Exposition Park in Los Angeles.

Check out his special concert buddy, son Bowie Banjo, in this adorable Instagram pic! Little Banjo is decked out in protective headphones that are as big as he is, and he looks completely chill going koala-style next to dad.

Thompson’s fans made sure to let him know that they loved both the pic and the protection! “He’s so beautiful and so cute with his headphones,” wrote one GH fan. “Oh I love the way you protect his ears,” “soo caring and protective love it,” and “Absolutely ADORABLE,” added others.

Back in Genoa City, and far from carefree L.A., Thompson’s alter ego hasn’t been enjoying his own life so much.  The perpetual playboy is still ricocheting between his ex-wife Victoria (Amelia Heinle) and his paramour Phyllis (Gina Tognoni).

Phyllis has been too busy interfering in her daughter’s life recently to be much of a distraction for Billy Boy. But not so busy that she doesn’t have time to rock his boat. They had a heated exchange when Billy discovered that she sent Victoria to make nice with her former boy toy. Could Phyllis be on to something when she accused Billy of still having feelings for Victoria? Did Billy protest too much or has he just wound up about being deprived of Phyllis’ loving?

Either way, this is a triangle that isn’t losing steam and that makes for good loving in the afternoon for Y&R fans!