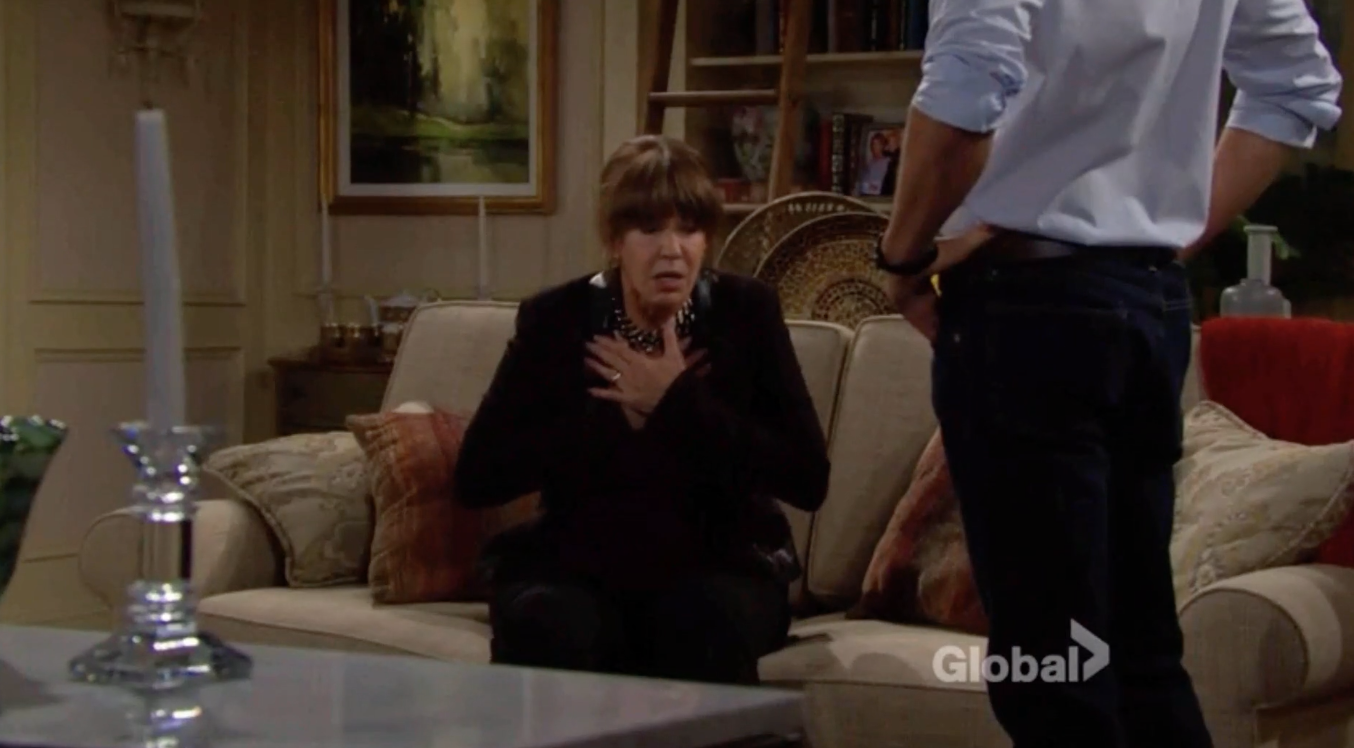 “The Young and the Restless” for Monday, September 12, tease that Abby (Melissa Ordway) will tell Stitch (Sean Carrigan) they aren’t on the same page. In Friday’s episode, Stitch informs Abby that he’s ready to have another baby. Unfortunately, Abby isn’t on board with that idea. She’ll feel like they need to get a few things straight.

Abby will believe that Stitch has a very different view of their relationship. She won’t think they’re anywhere near stable enough to bring a child into the world. Y&R spoilers say Abby will want to concentrate on getting back to a good place. They need to repair their marriage before they even consider about starting a family.

While Stitch processes Abby’s news, Dylan (Steve Burton) will try to get to the bottom of Sharon’s (Sharon Case) nervousness. He can see that she’s on edge about his current investigation. Dylan knows that pretty much everyone in town is wary of Victor (Eric Braeden), but he still believes Sharon is overreacting.

You Might Also Like —> Phyllis Tells Jack She’s Been Lying – Sharon Freaks At Dylan – Jill Blasts Billy, She Has Chest Pains

“The Young and the Restless” spoilers reveal that Dylan will urge Sharon to open up. He’ll suggest that Sharon should just tell him if she’s afraid of something. Dylan will promise they can handle it if she’ll talk to him. Of course, Sharon isn’t prepared for honesty hour. She doesn’t want to admit that Sully is actually Christian and Victor could learn the truth.

Sharon will have to cover up the real reason for her anxiety, which shouldn’t be too difficult. After all, the rest of Genoa City believes Adam (Justin Hartley) got caught in a deadly explosion. It’s reasonable to assume that Dylan could be in danger if he goes after Victor. Stay tuned to see if Sharon and Dylan can agree on some sort of solution.

Other “Young and the Restless” spoilers say Jill (Jess Walton) and Billy’s (Jason Thompson) conflict will reach a dramatic climax. Jill will struggle to breathe as she grips her chest in pain. Has all of this stress brought on a heart attack? Billy certainly won’t think so. He’ll suspect his mom is faking it to stimulate some sympathy.

Billy will insist that he’s not buying it, but Jill will continue to show symptoms. There’s a chance that Billy could be wrong about Jill’s sudden episode. However, Jill will be just fine either way.

We’ll give you updates on the additional clashing that’s coming later. The rumors hint that this will be a week to remember! Stick with Y&R and don’t forget to check Soap Opera Spy often for the latest “Young and the Restless” spoilers, rumors, updates and news.

‘The Young and the Restless’ POLL: Phyllis Fits Better With Which Brother – Billy or Jack? VOTE!